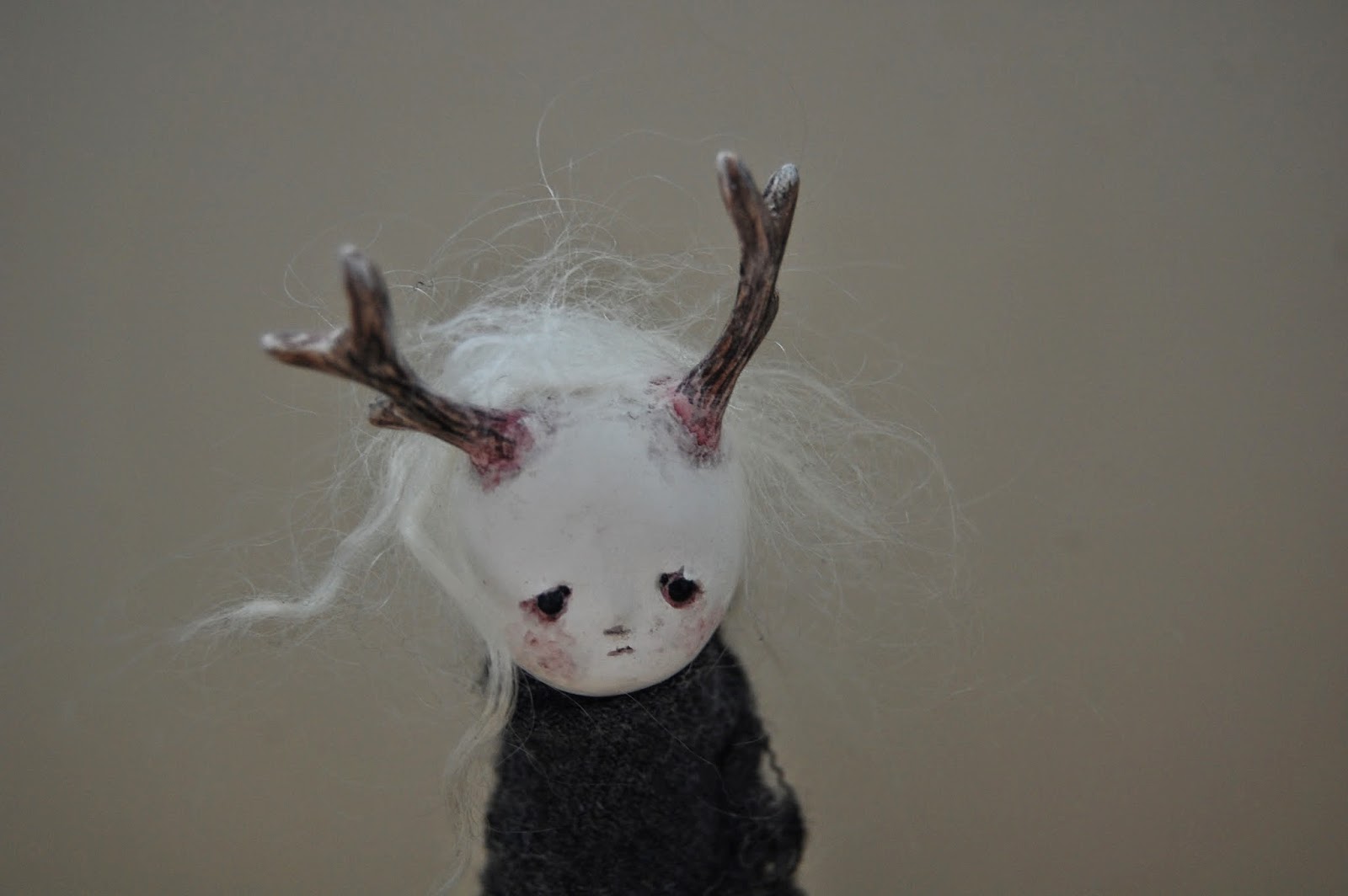 A dilly dallier by nature, a sitter on fences and a to-er and fro-er, was dear indecisive Ninnie. Life was the most terrible series of quandaries and decisions terrified the life out of this little one. Some time ago, she found herself at a crossroads in the forest and stayed there for three whole days. It would have been longer, had a traveller not taken pity and encouraged her to take tea in the village to which she was headed. How hungry Ninnie was, but, carrot cake or chocolate cake, how could she ever decide? Luckily, she was very hungry and so she ate both! 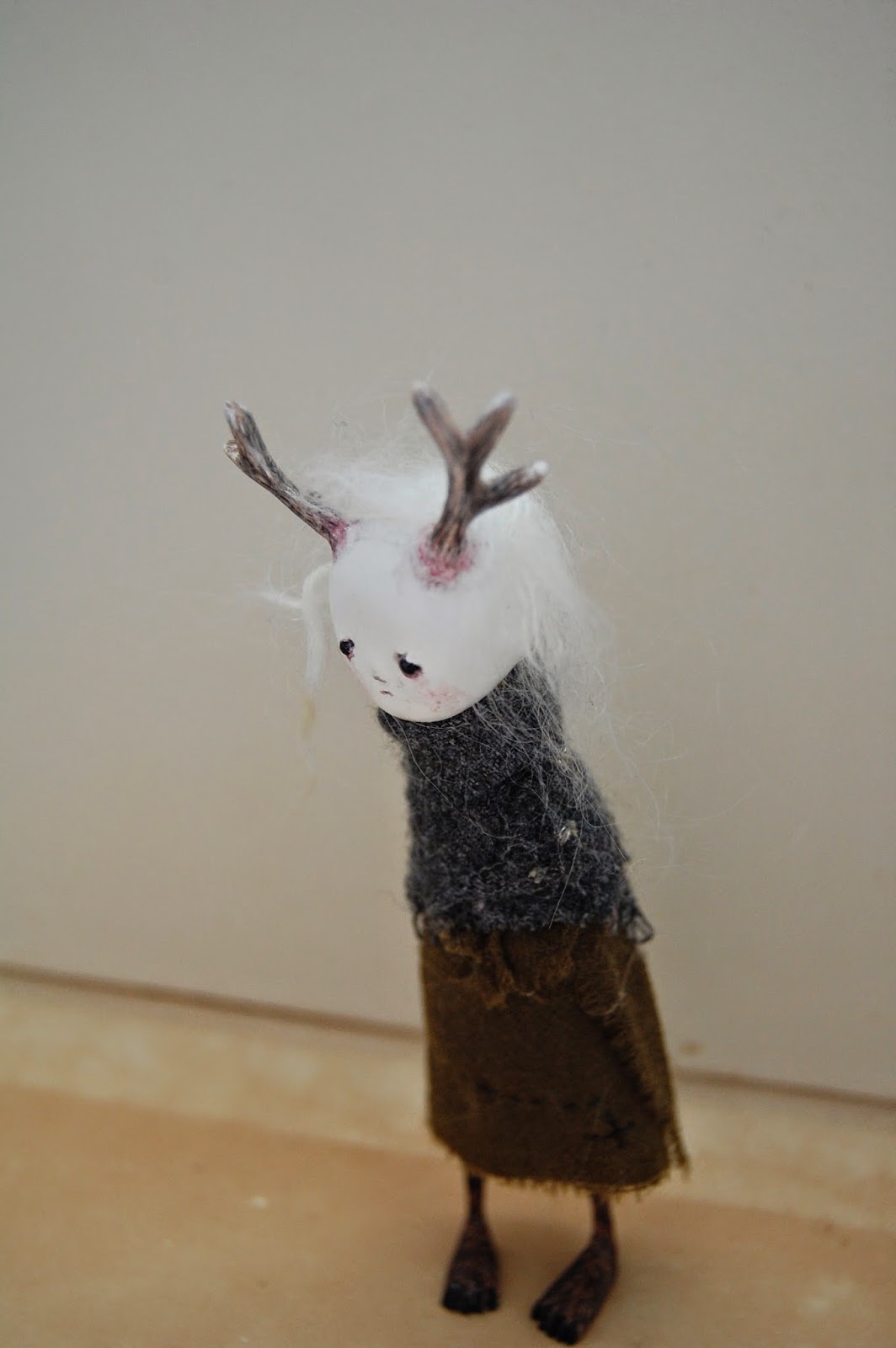 I'm sure that you  now understand the extent of Ninnie's dilly dallying and may imagine  that it makes life a somewhat tedious and drawn out affair, which of course, it can. Quite often by the time Ninnie had decided on breakfast it was already dinner time.
Have you ever heard the phrase that two heads are better than one? Dear Ninnie took this saying quite literally and fashioned herself an extra head from a burlap sack and a bag of straw. Needless to say, this experiment was rather unsuccessful as Ninnie's second head remained unhelpfully silent! 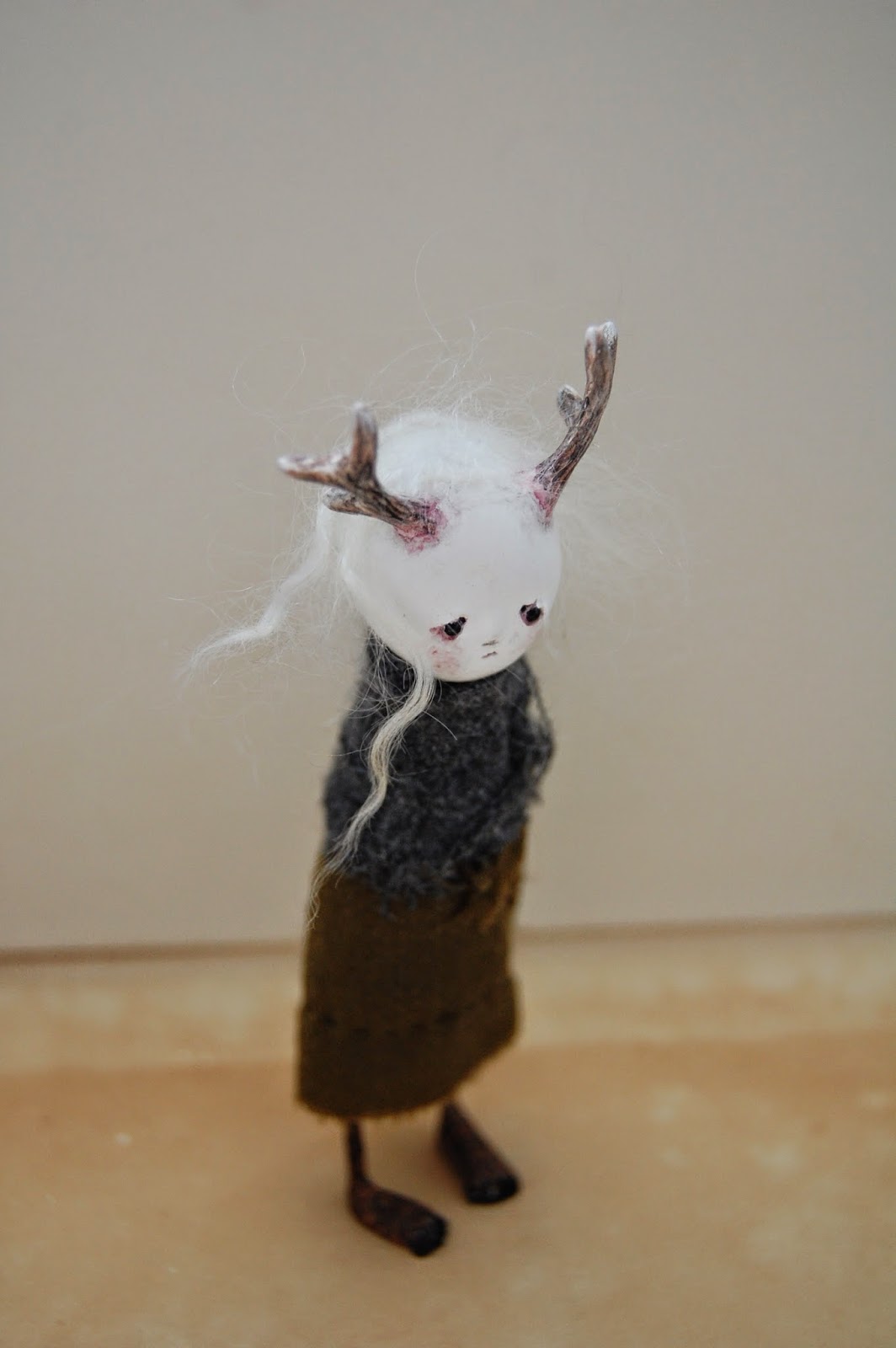 It had been an odd spring, as unsure and indecisive as the dilly dallier herself, as if unclear as to which followed next summer or winter and so the two battled it out on a rather regular basis.
On this one particular evening the rains beat the ground to a pulp and the wind, well, the wind tore the heads off flowers and threatened to pull the trees out of the ground they called home. Late in the afternoon Ninnie's neighbours had shouted warnings to each other over the low growl of oncoming weather and most sought safety in storm shelters in and around the village. 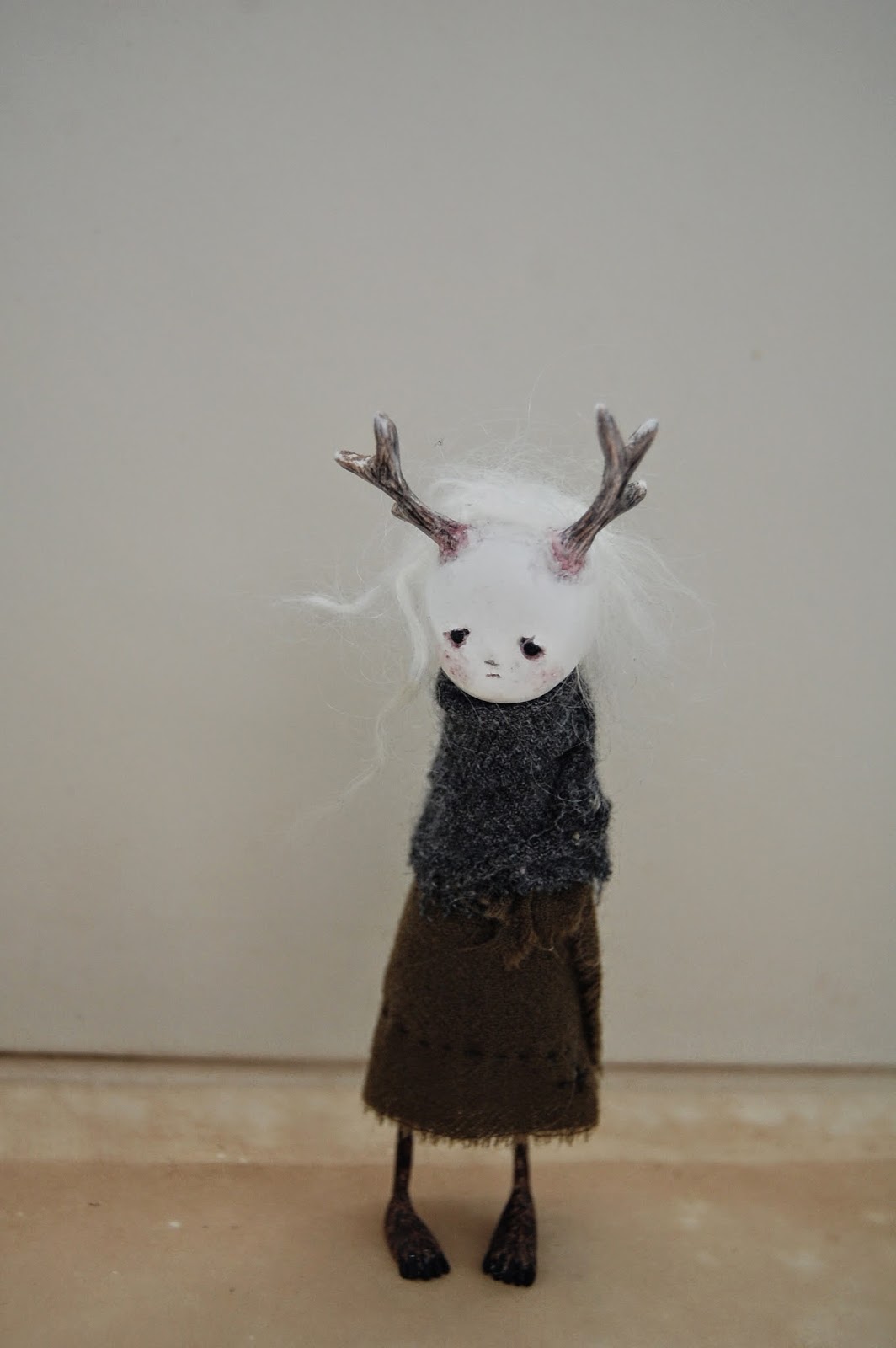 Ninnie was at a loss, she had only just decided on porridge and it was cooking nicely on the stove. Wafts of cinnamon and vanilla filled the cottage and infused the green peas and carrots she had added to the pot, it was dinner time after all.
As the winds grew wilder and the weather fouler, Ninnie was forced to come to a lightening speed decision (for Ninnie, that is) to stay and eat her porridge. Sat at her table she was terribly proud of her decisiveness, which made the slightly odd combination of cinnamon-ed and vanilla-ed carrots and peas all the more delicious. 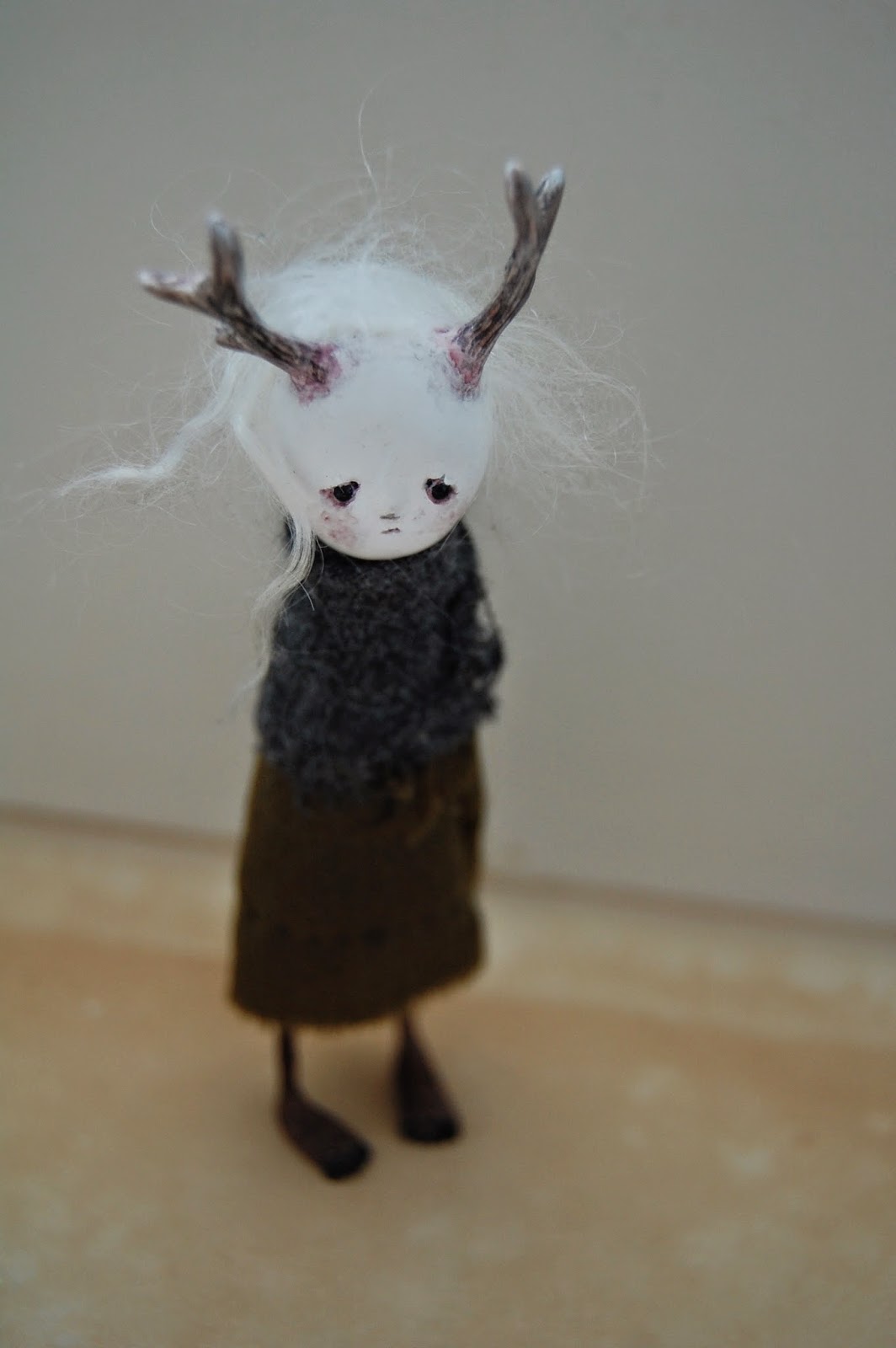 Perhaps in overexuberant celebration, or in simple foolhardiness, Ninnie threw open her window with a giggle and challenged the storm to do it's worst. Which, of course it did! The fierce wind pulled a large, old oak out of it's home and deposited it on top of Ninnie's tiny cottage. 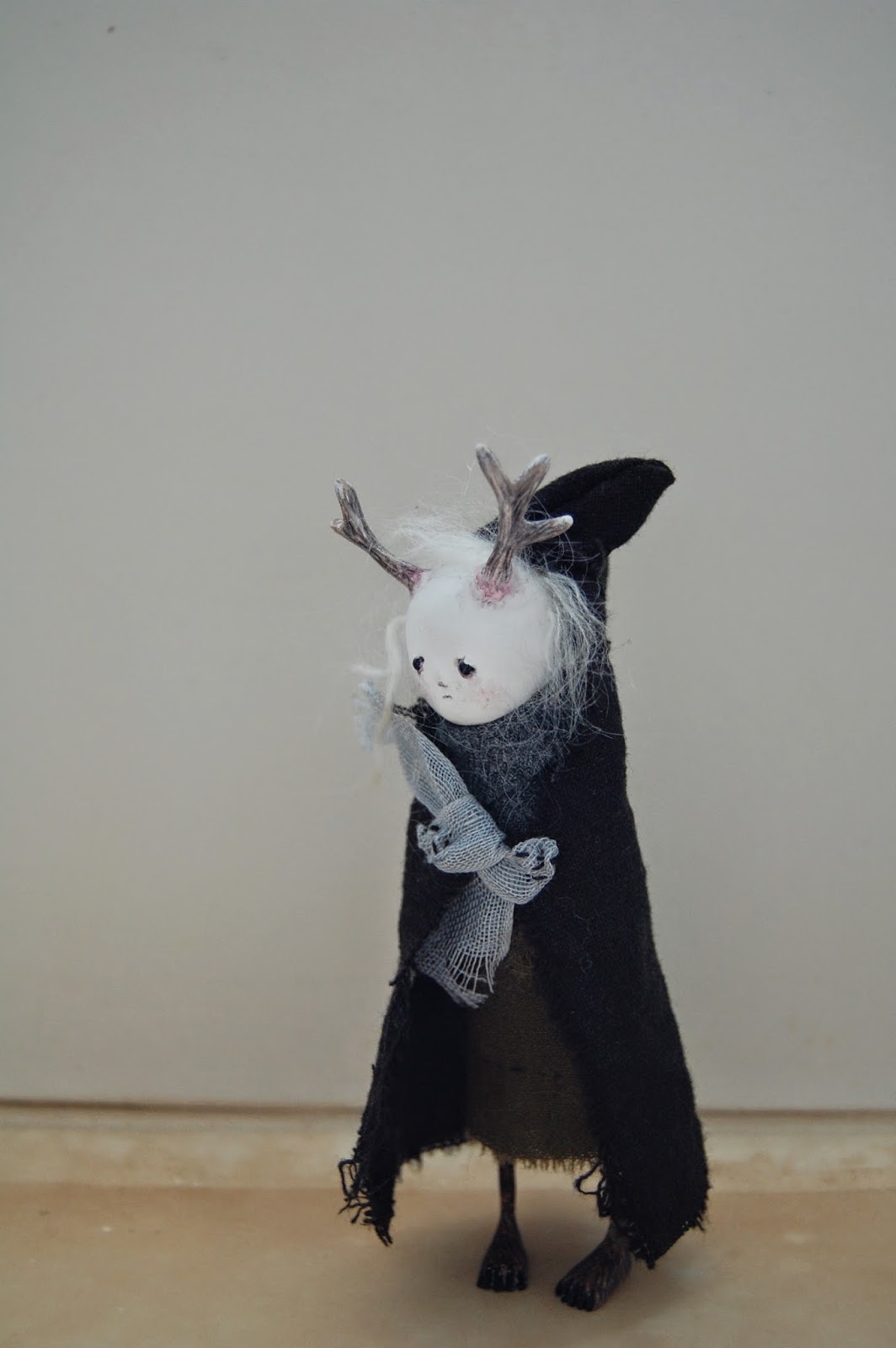 When the Governessa pulled Ninnie out from under the heavy door she still had the handle of a tea cup between her fingers, as she removed it the Governessa sniffed the air, green peas and cinnamon? Surely not... 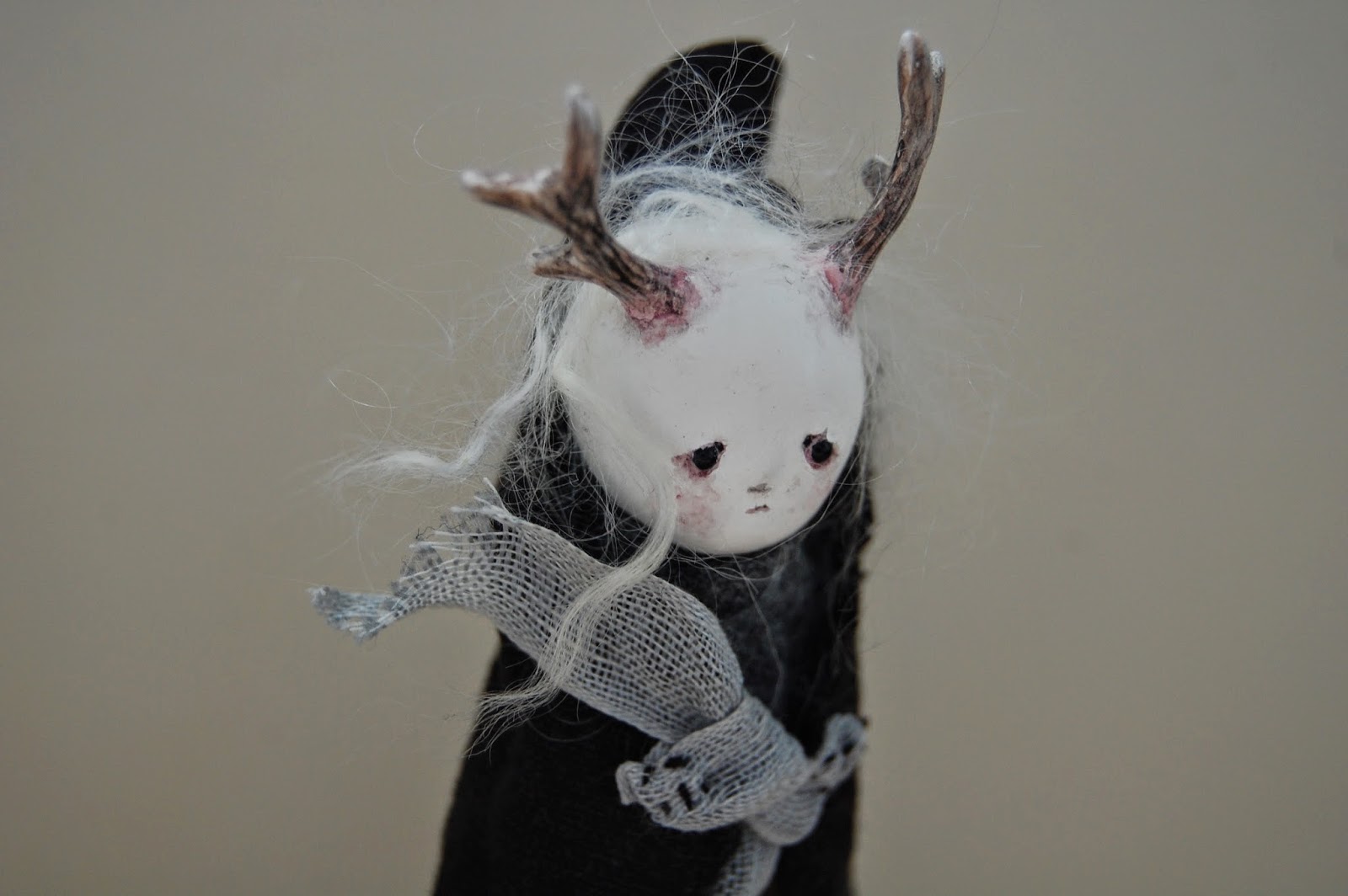 Poor gorgeous Ninnie, I know just how she feels.

I, I know Ninnie! I know this all too well! Lovely story and now I want porridge with cinnamon. Should I have peas? Or not. Humm...

But is there any news of the willow tree?

Oh, Charlotte! Two slices of cake for you then.

As far as the willow goes JJ, the wind dare not tangle...