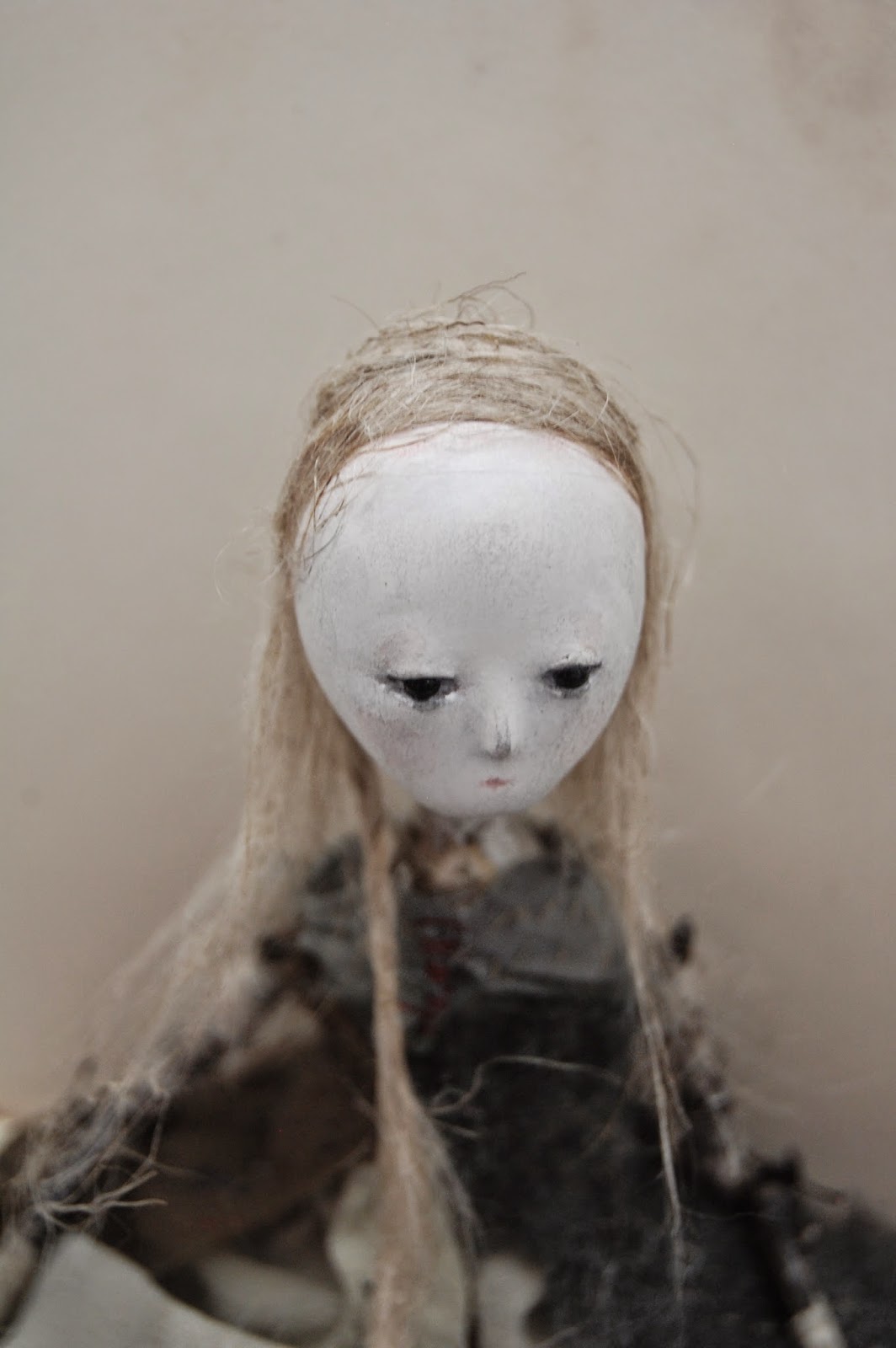 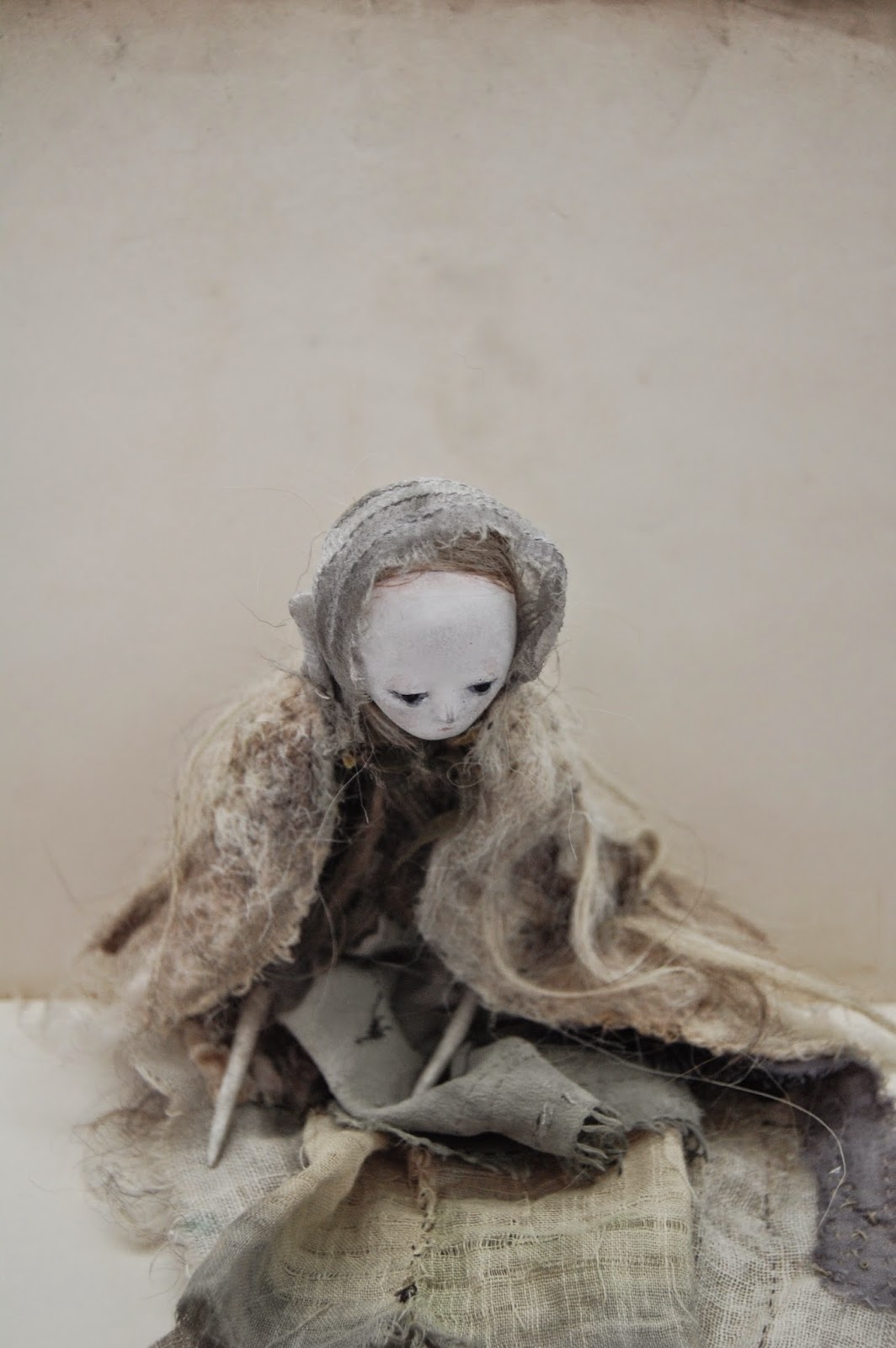 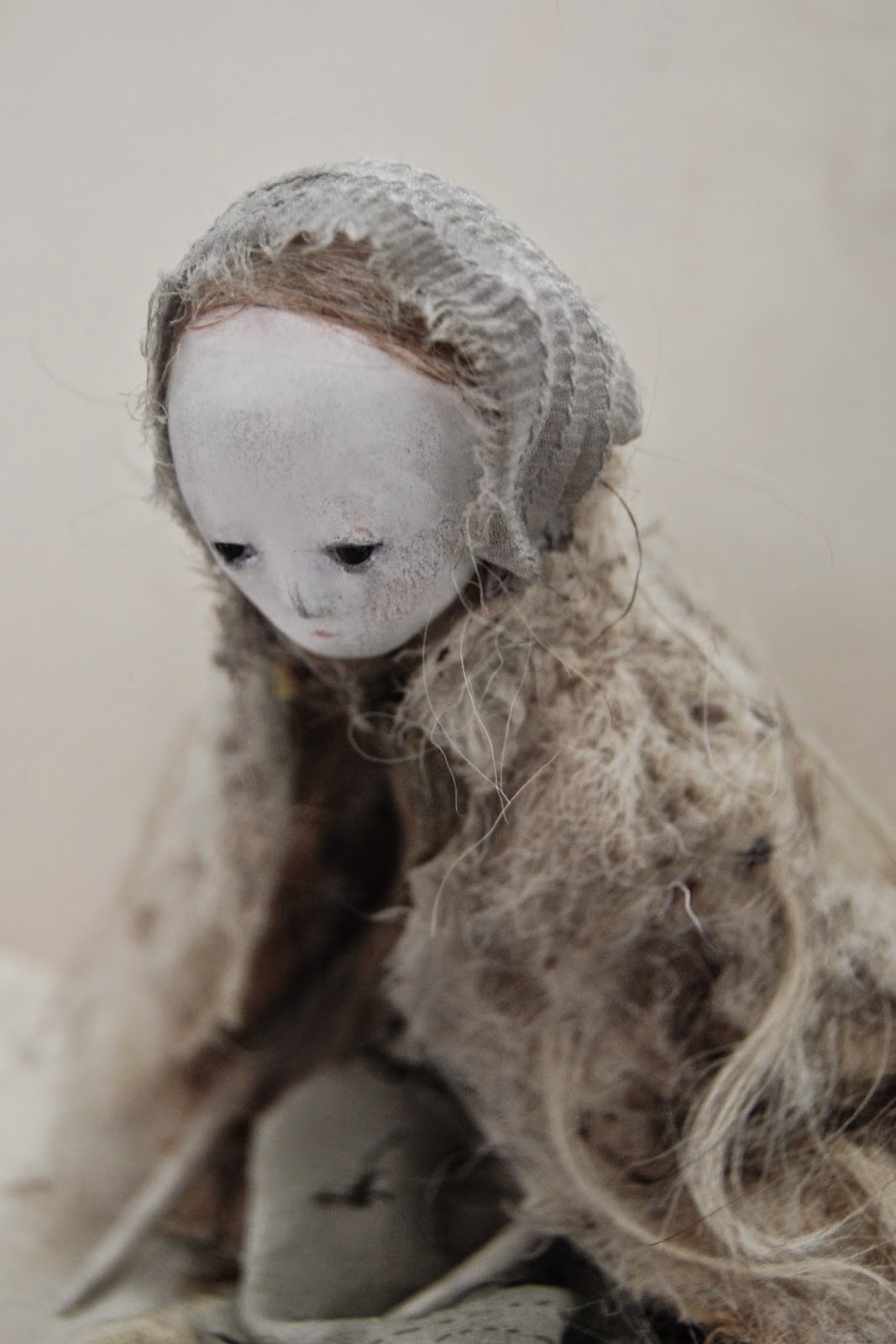 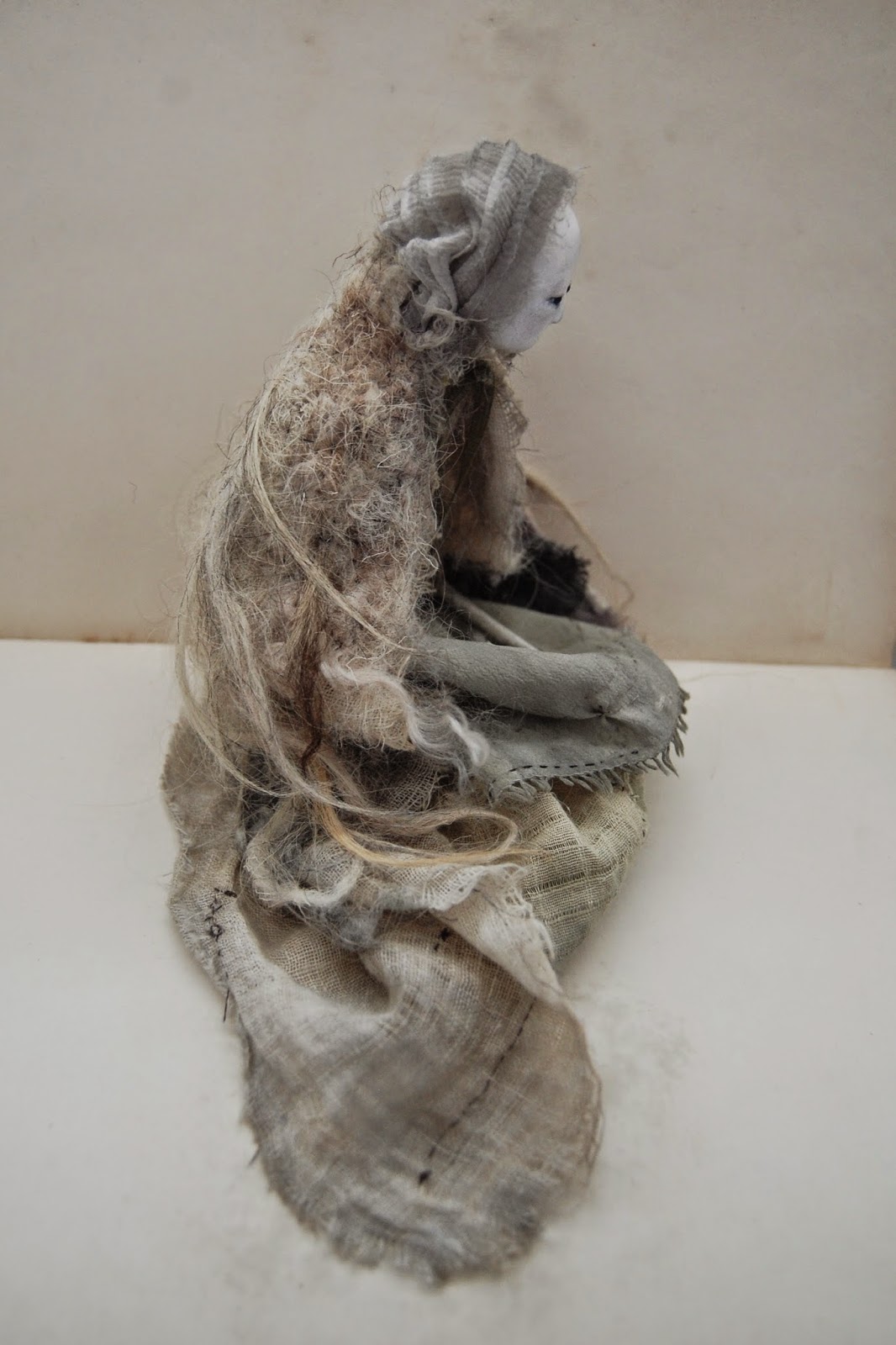 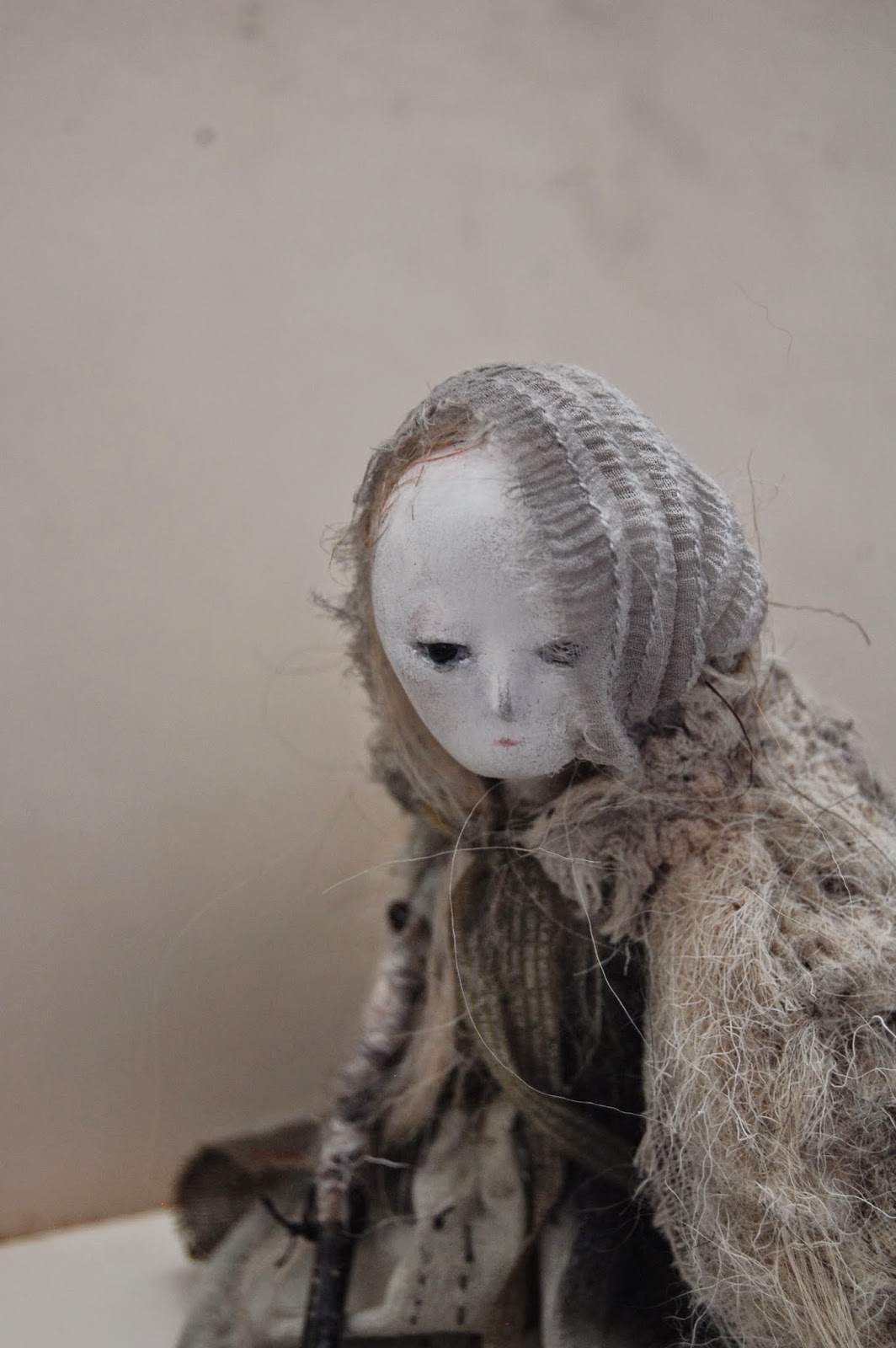 "Now the king had a daughter, who was just as beautiful as her mother, and had the same golden hair. And when she was grown up, the king looked at her and saw that she was just like this late queen: then he said to his courtiers, ’May I not marry my daughter? She is the very image of my dead wife: unless I have her, I shall not find any bride upon the whole earth, and you say there must be a queen.’ When the courtiers heard this they were shocked, and said, ’Heaven forbid that a father should marry his daughter! Out of so great a sin no good can come.’ And his daughter was also shocked, but hoped the king would soon give up such thoughts; so she said to him, ’Before I marry anyone I must have three dresses: one must be of gold, like the sun; another must be of shining silver, like the moon; and a third must be dazzling as the stars: besides this, I want a mantle of a thousand different kinds of fur put together, to which every beast in the kingdom must give a part of his skin.’ And thus she though he would think of the matter no more. But the king made the most skilful workmen in his kingdom weave the three dresses: one golden, like the sun; another silvery, like the moon; and a third sparkling, like the stars: and his hunters were told to hunt out all the beasts in his kingdom, and to take the finest fur out of their skins: and thus a mantle of a thousand furs was made.
When all were ready, the king sent them to her; but she got up in the night when all were asleep, and took three of her trinkets, a golden ring, a golden necklace, and a golden brooch, and packed the three dresses–of the sun, the moon, and the stars–up in a nutshell, and wrapped herself up in the mantle made of all sorts of fur, and besmeared her face and hands with soot. Then she threw herself upon Heaven for help in her need, and went away, and journeyed on the whole night, till at last she came to a large wood."
Excerpt from Cat-Skin - Brothers Grimm


Posted by Anthropomorphica at 12:11 8 comments:

A Hag Child of Forest and Mossed Bone 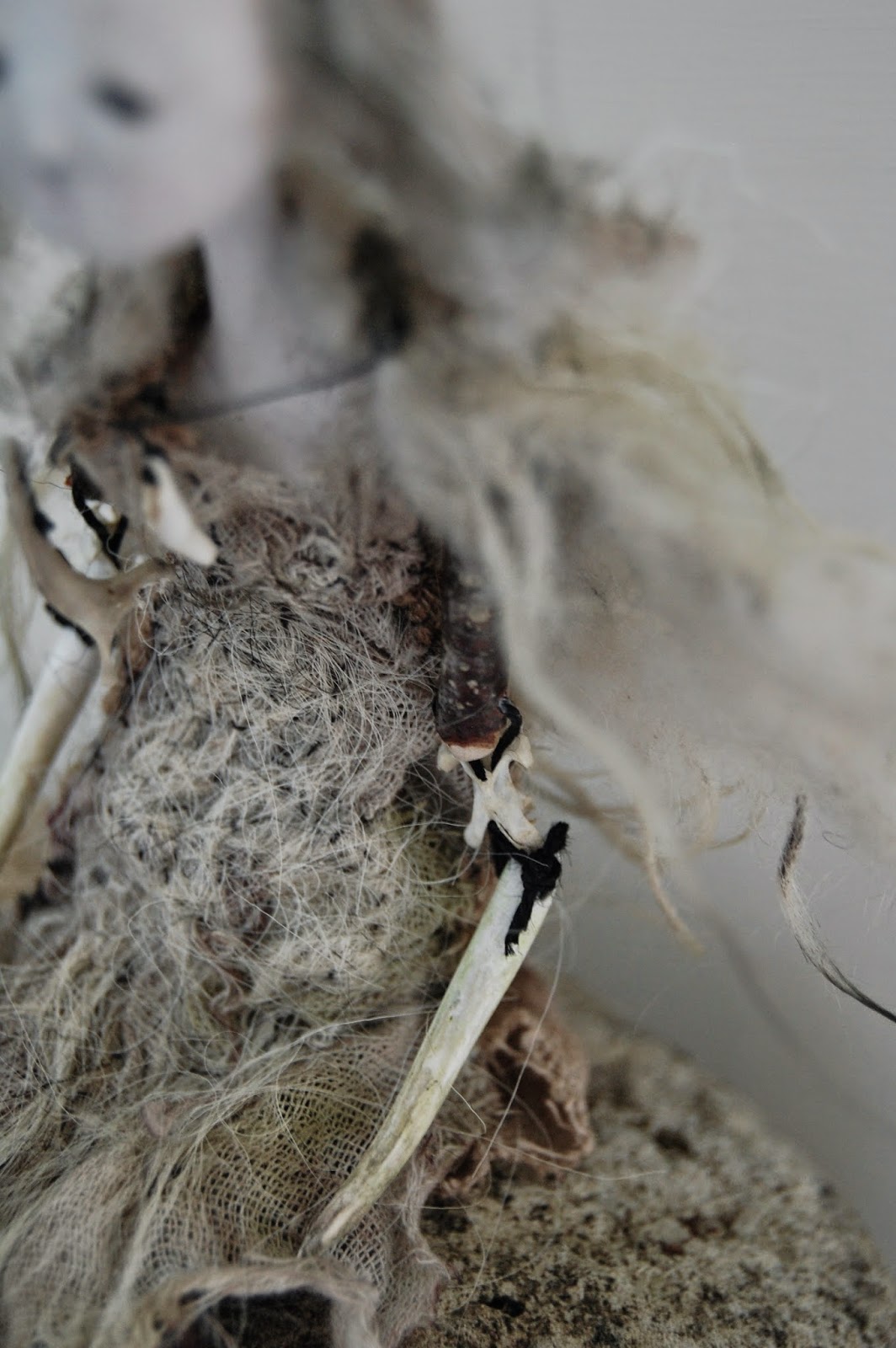 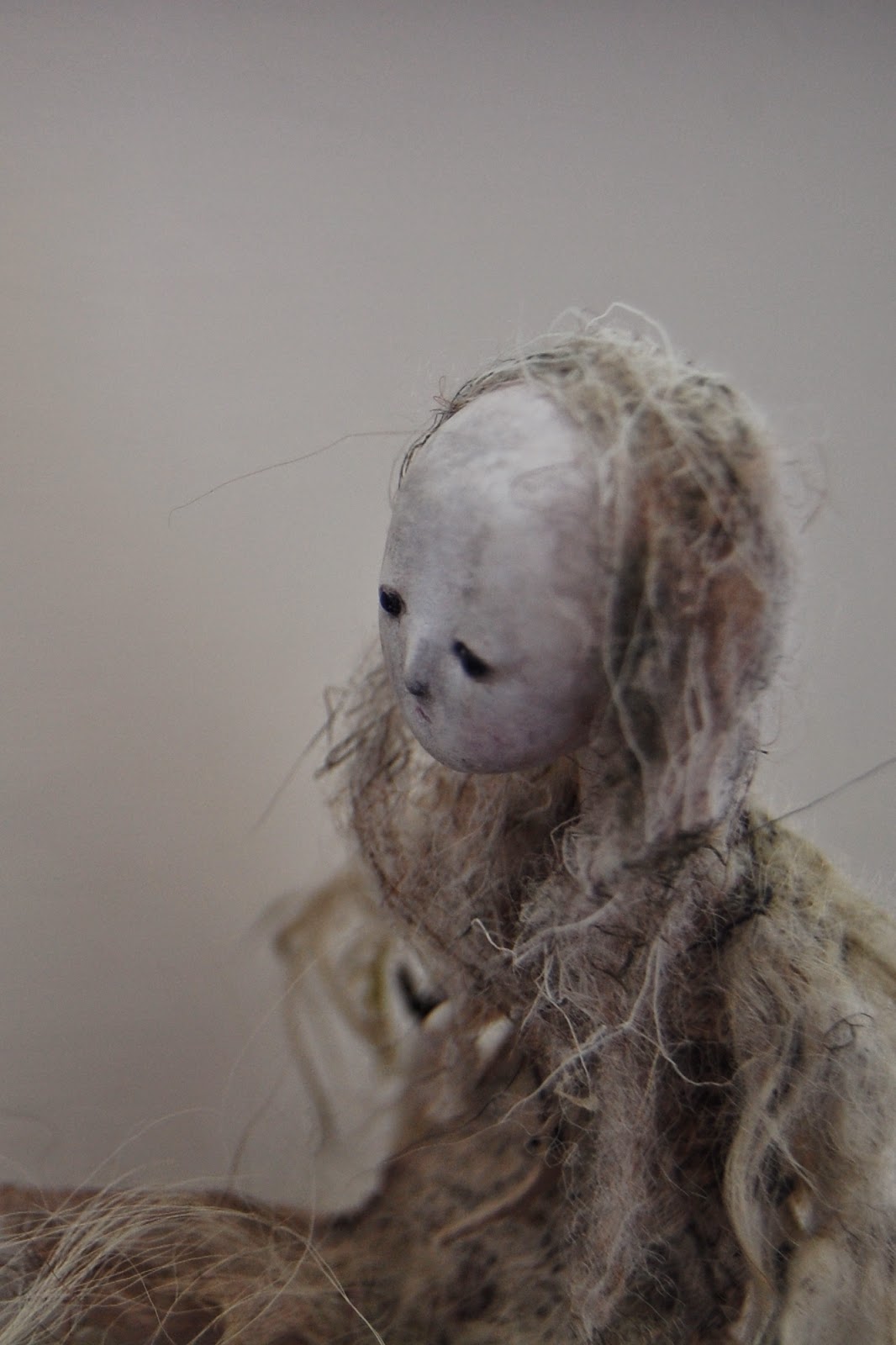 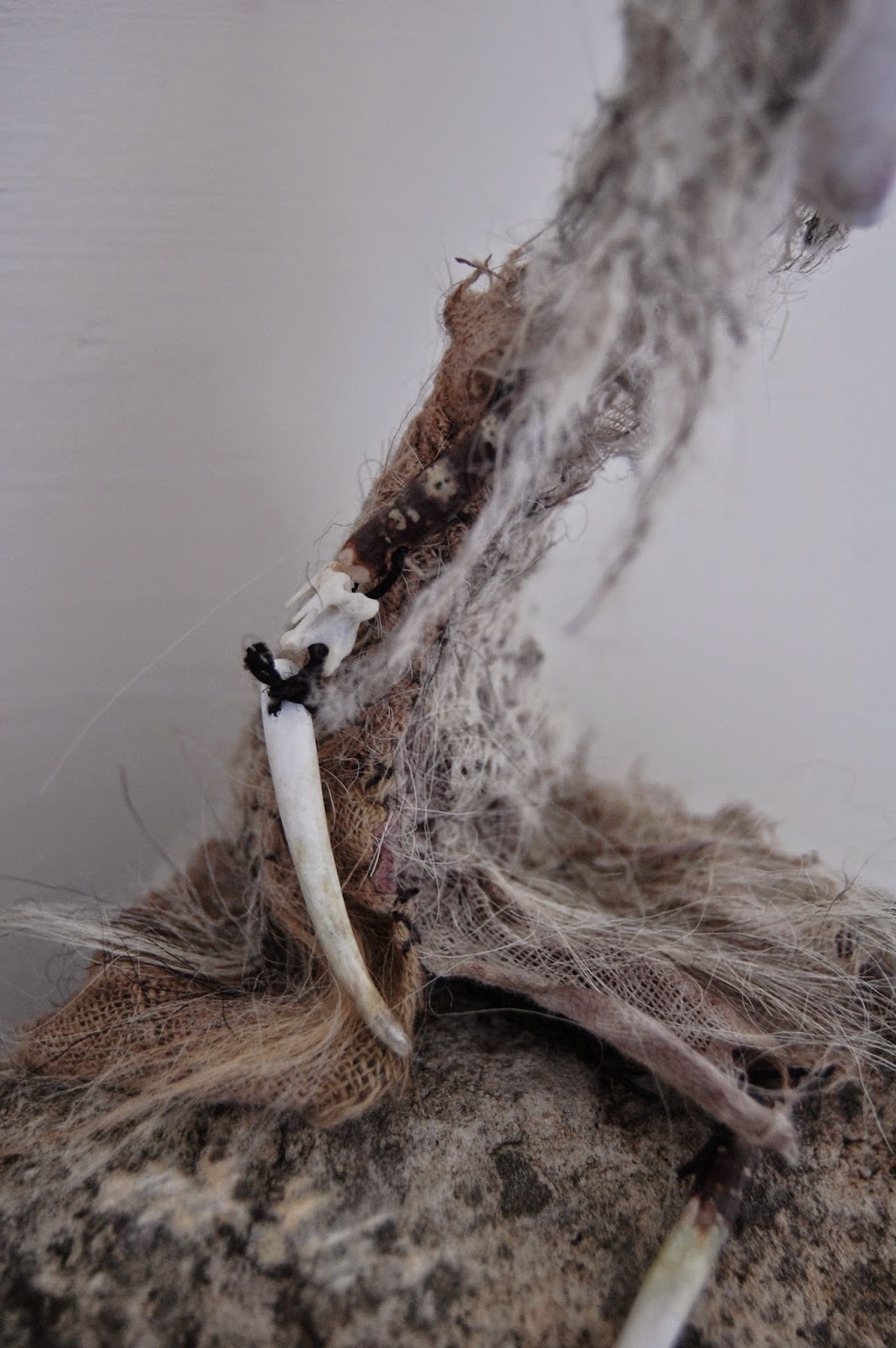 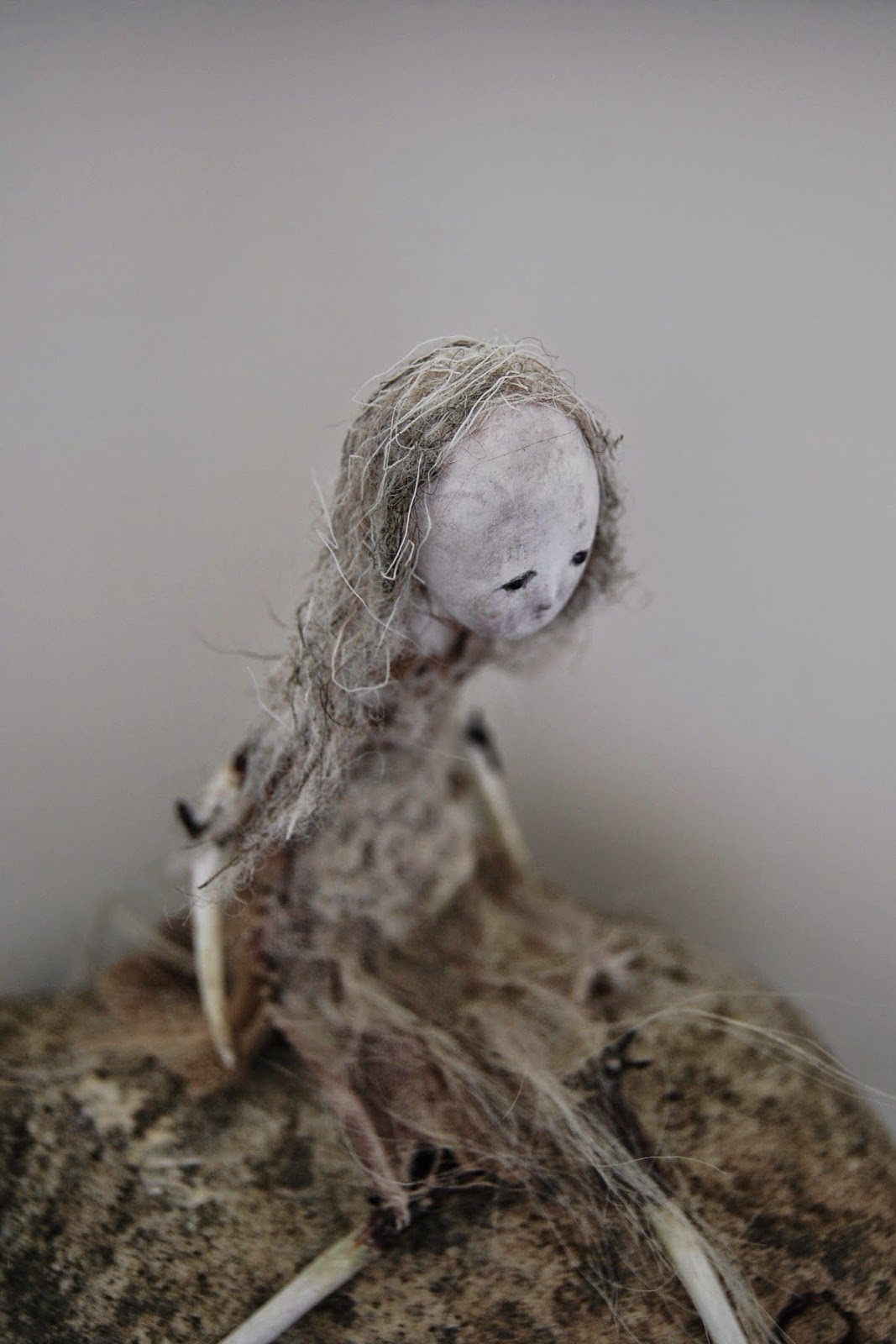 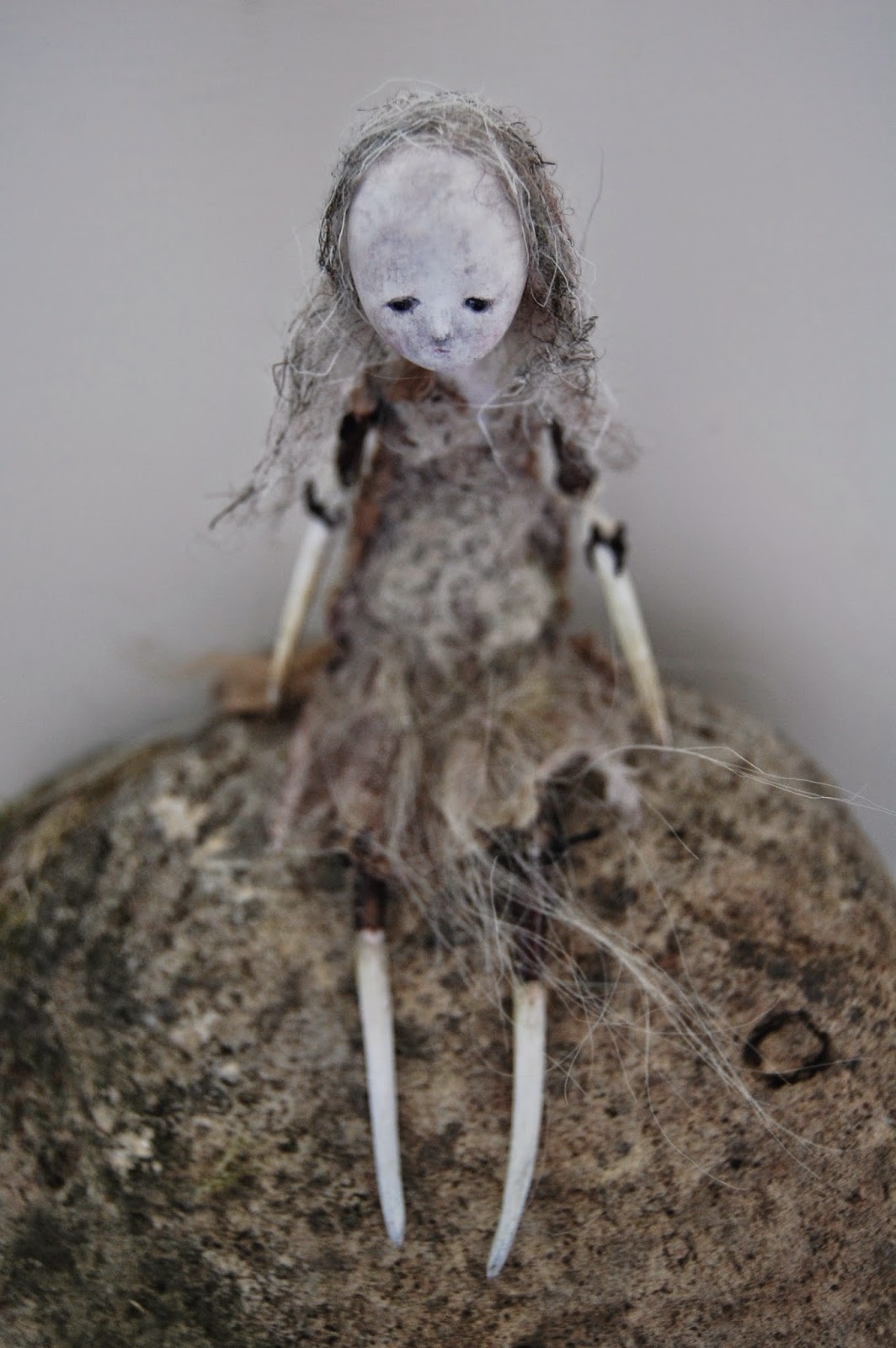 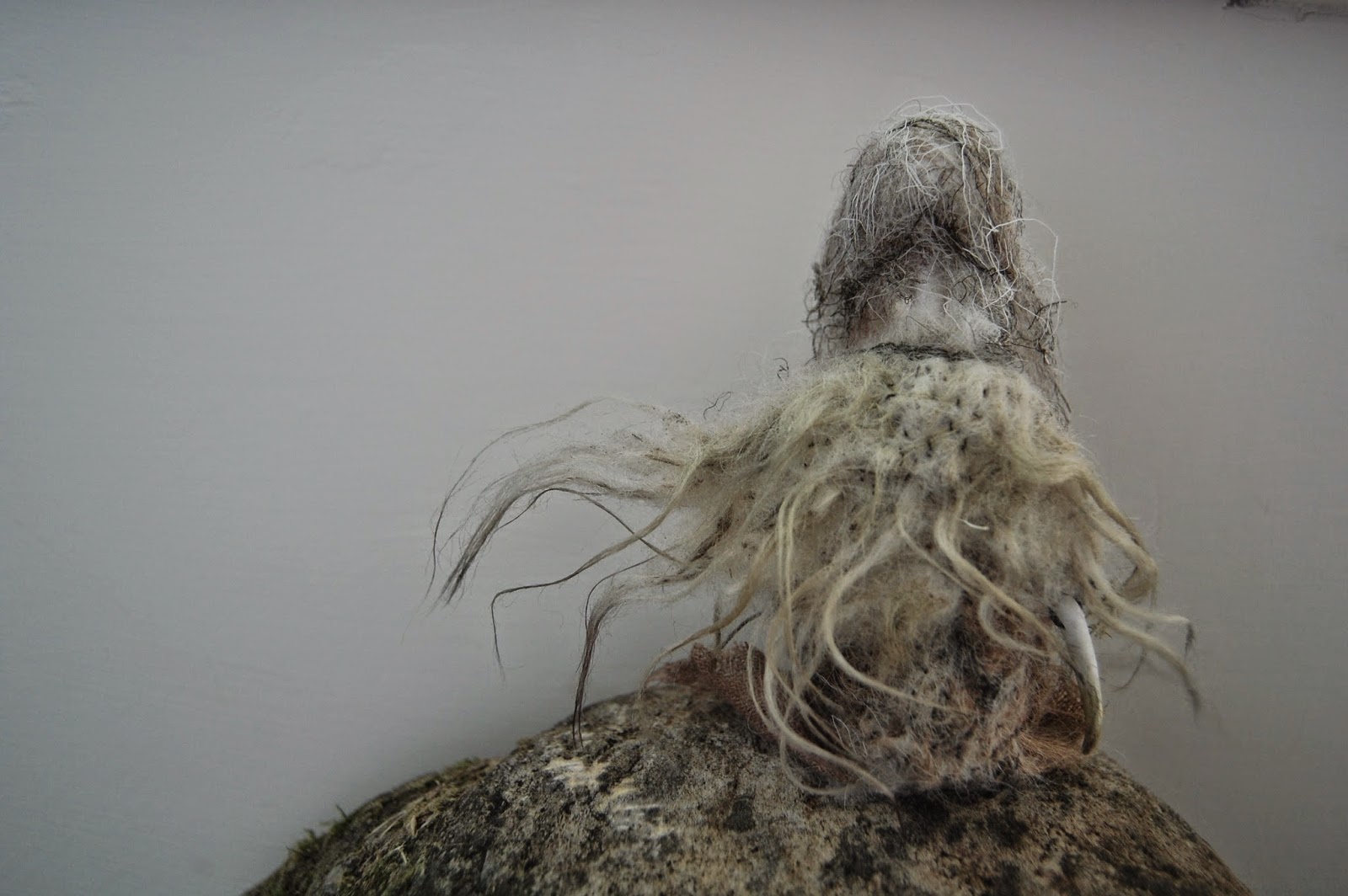 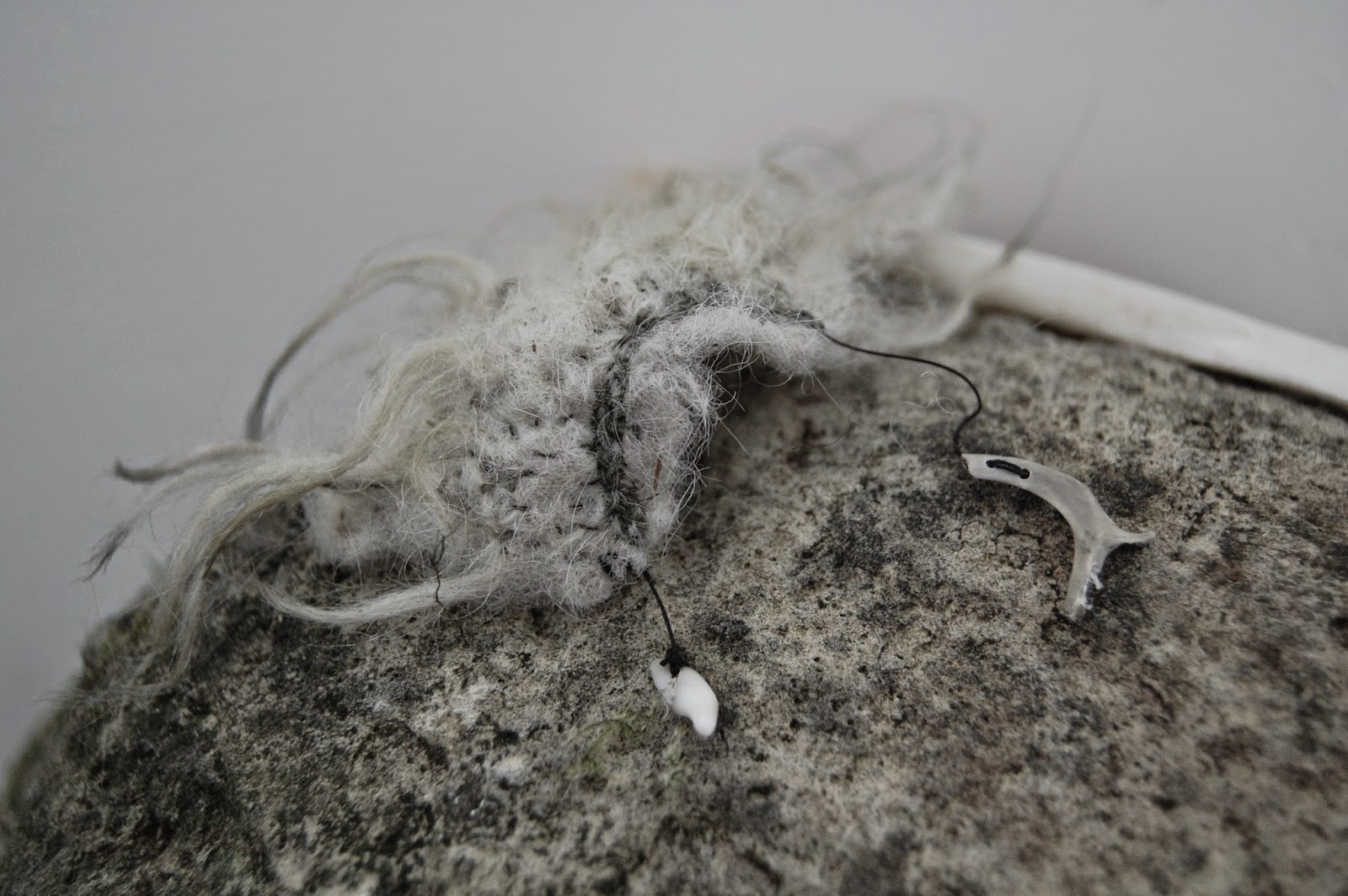 "Listen to the Wind" - Barnie McCormack, Bard of Craigencalt

Posted by Anthropomorphica at 17:24 3 comments: 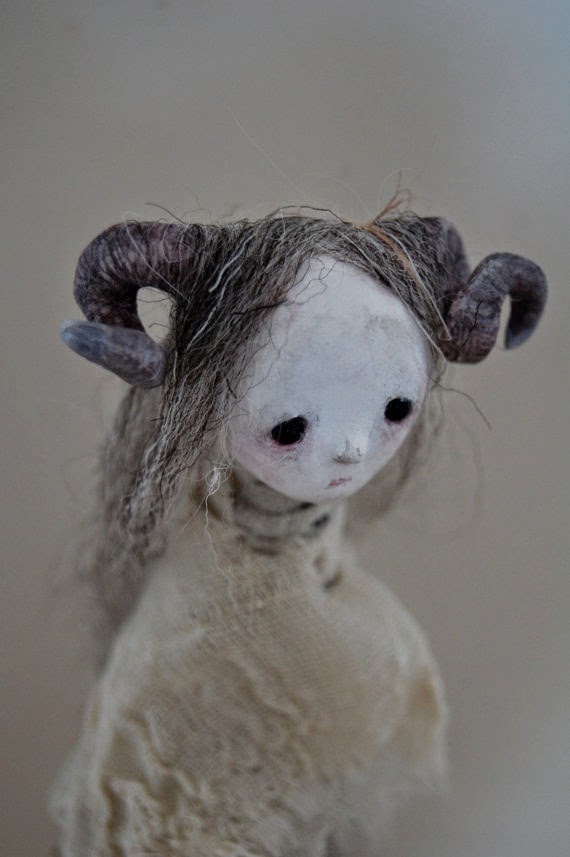 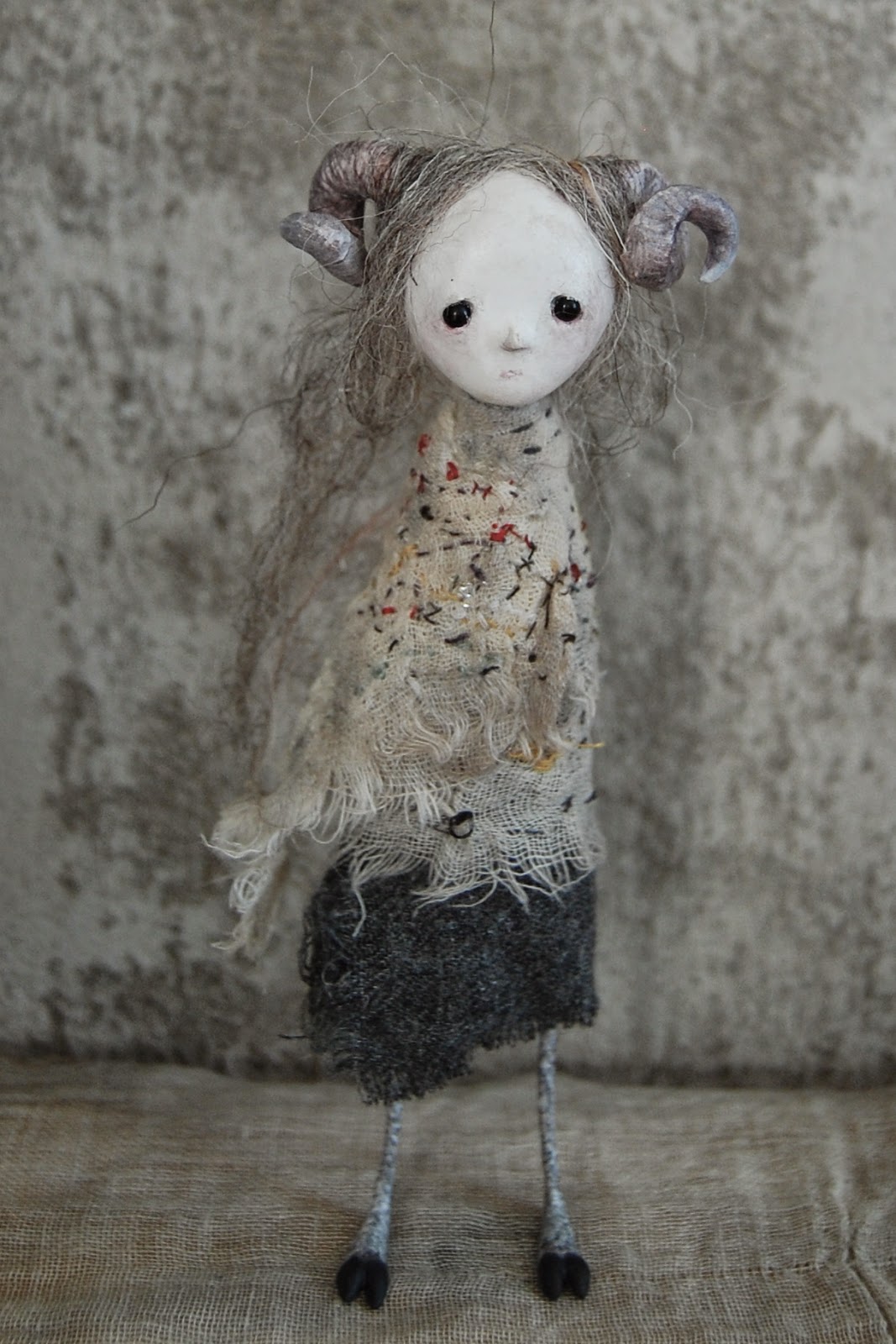 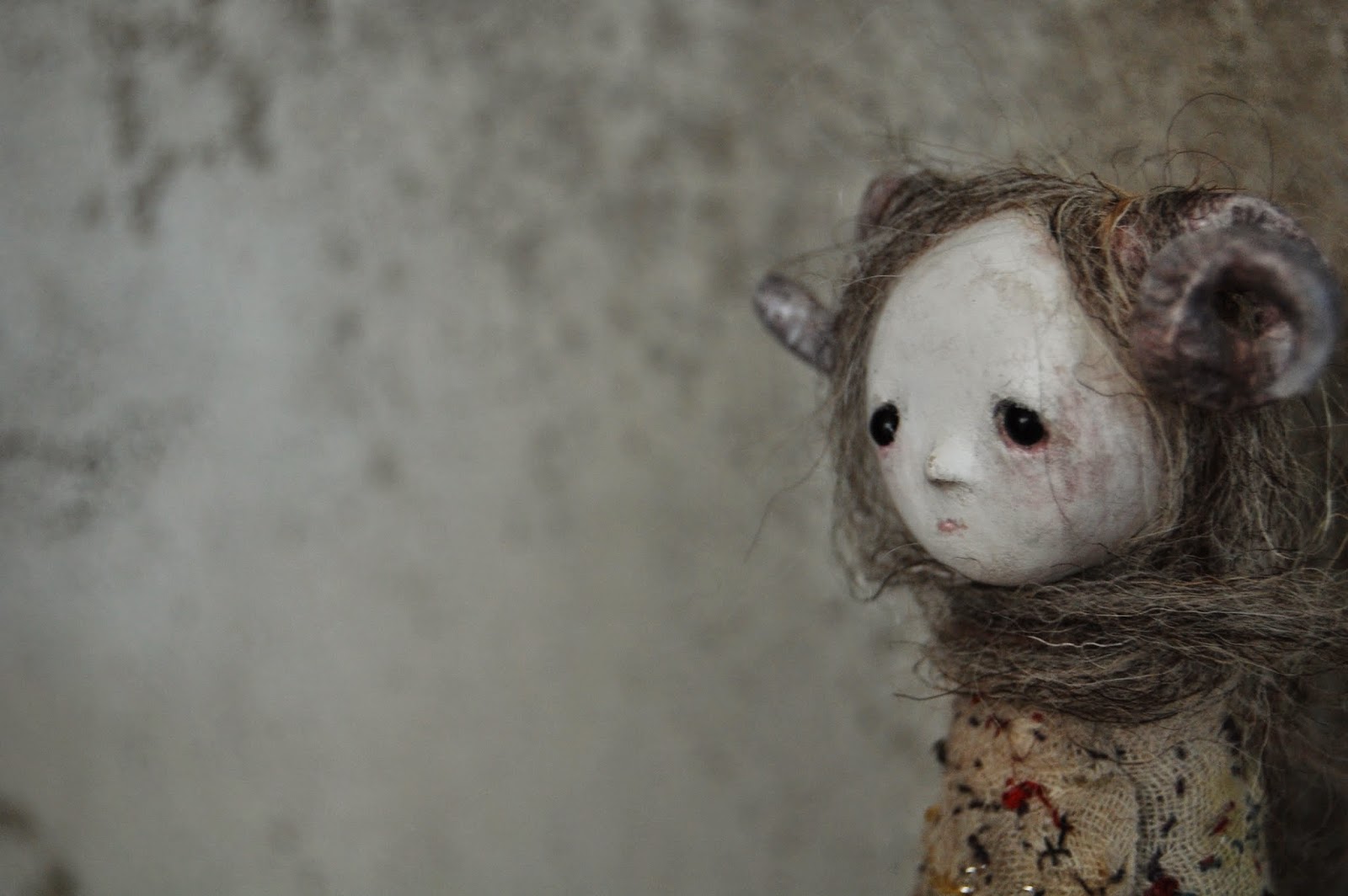 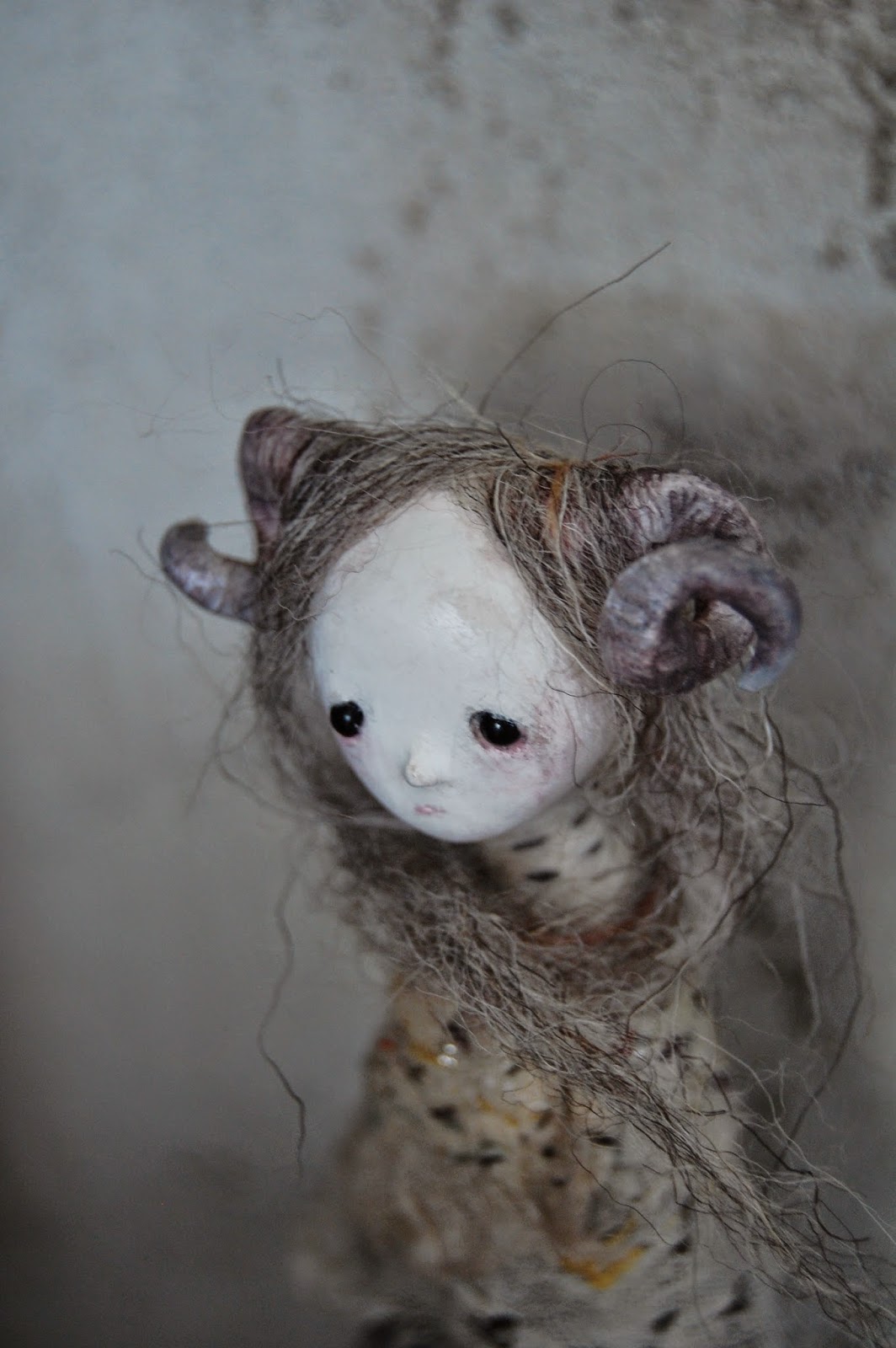 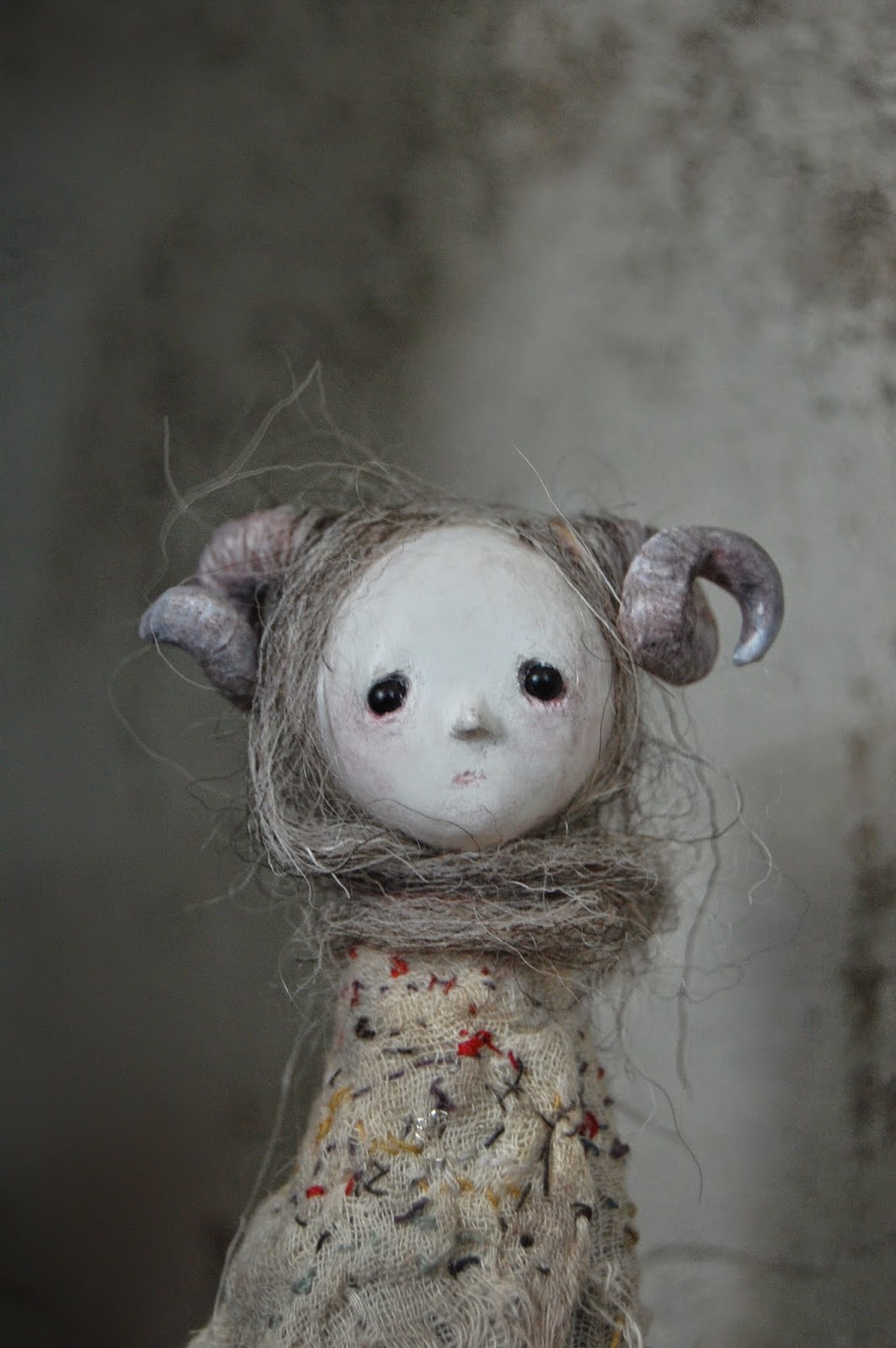 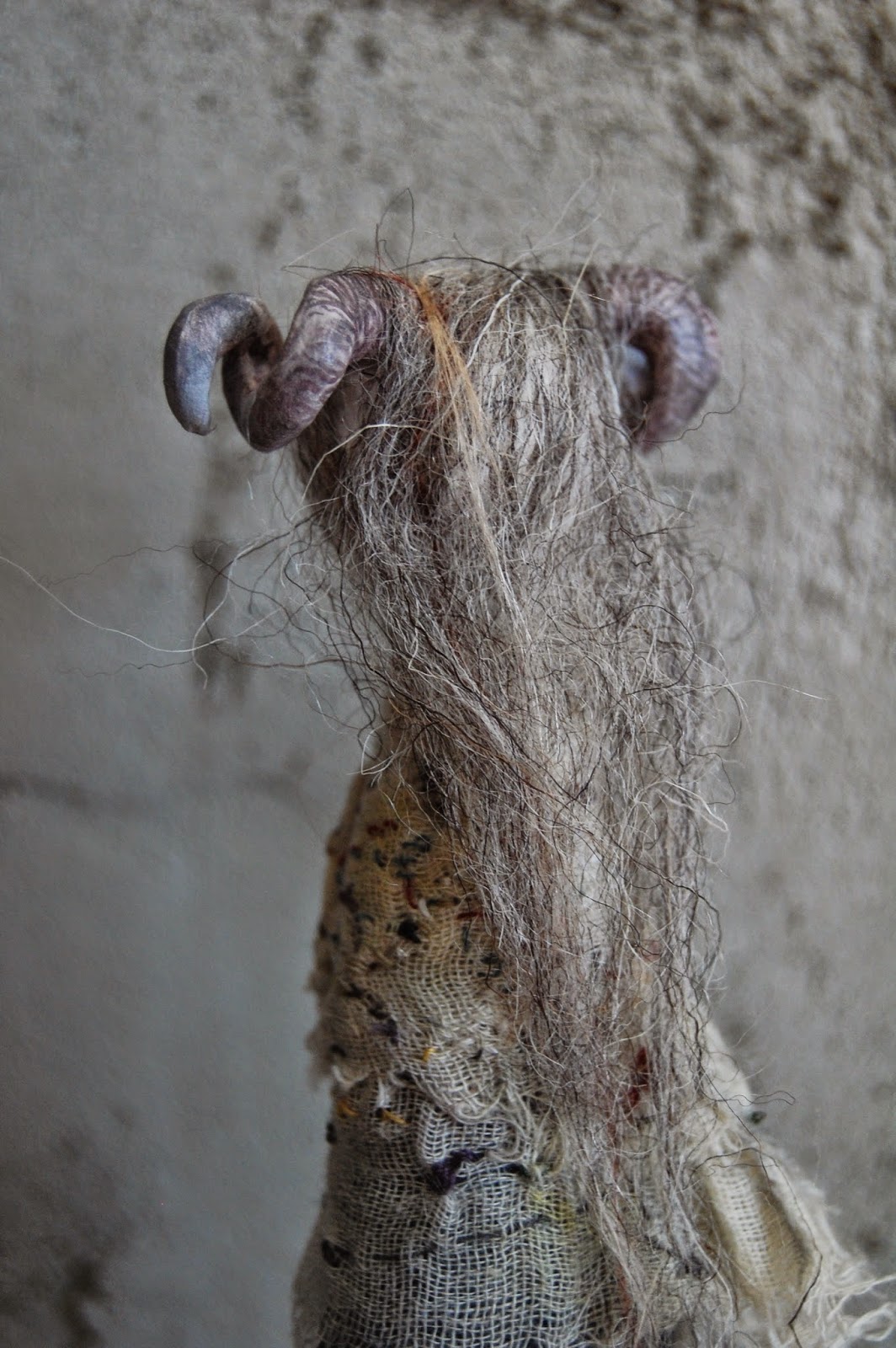 Posted by Anthropomorphica at 19:18 5 comments: