A Tale Of Two Quarrelsome Sisters 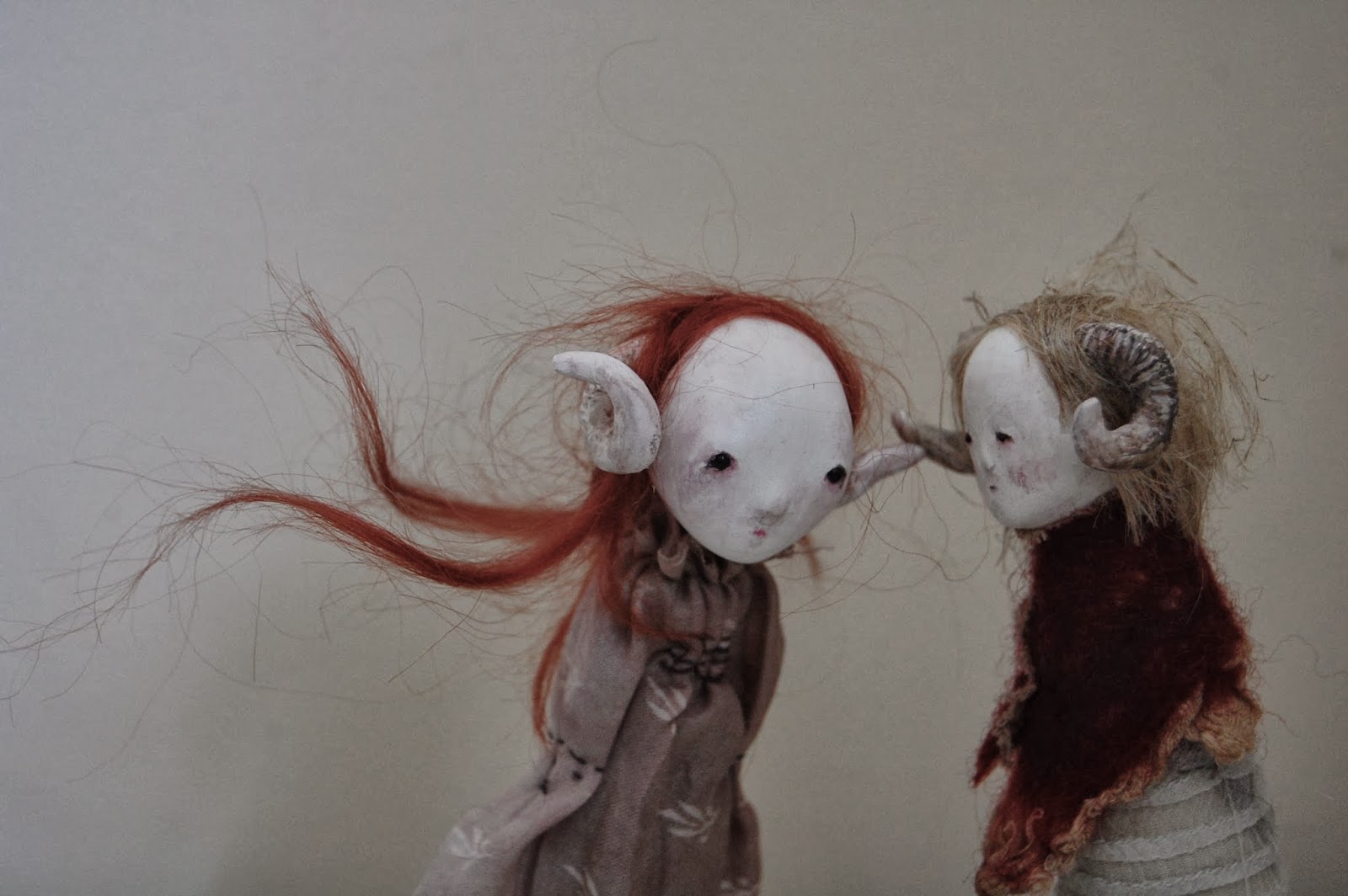 These quarrelsome sisters are chalk and cheese. A seemingly trivial matter has the two siblings locking horns and even pulling hair, which only serves too bring out the very worst in Fidelma who rather prizes her silken, auburn tresses. 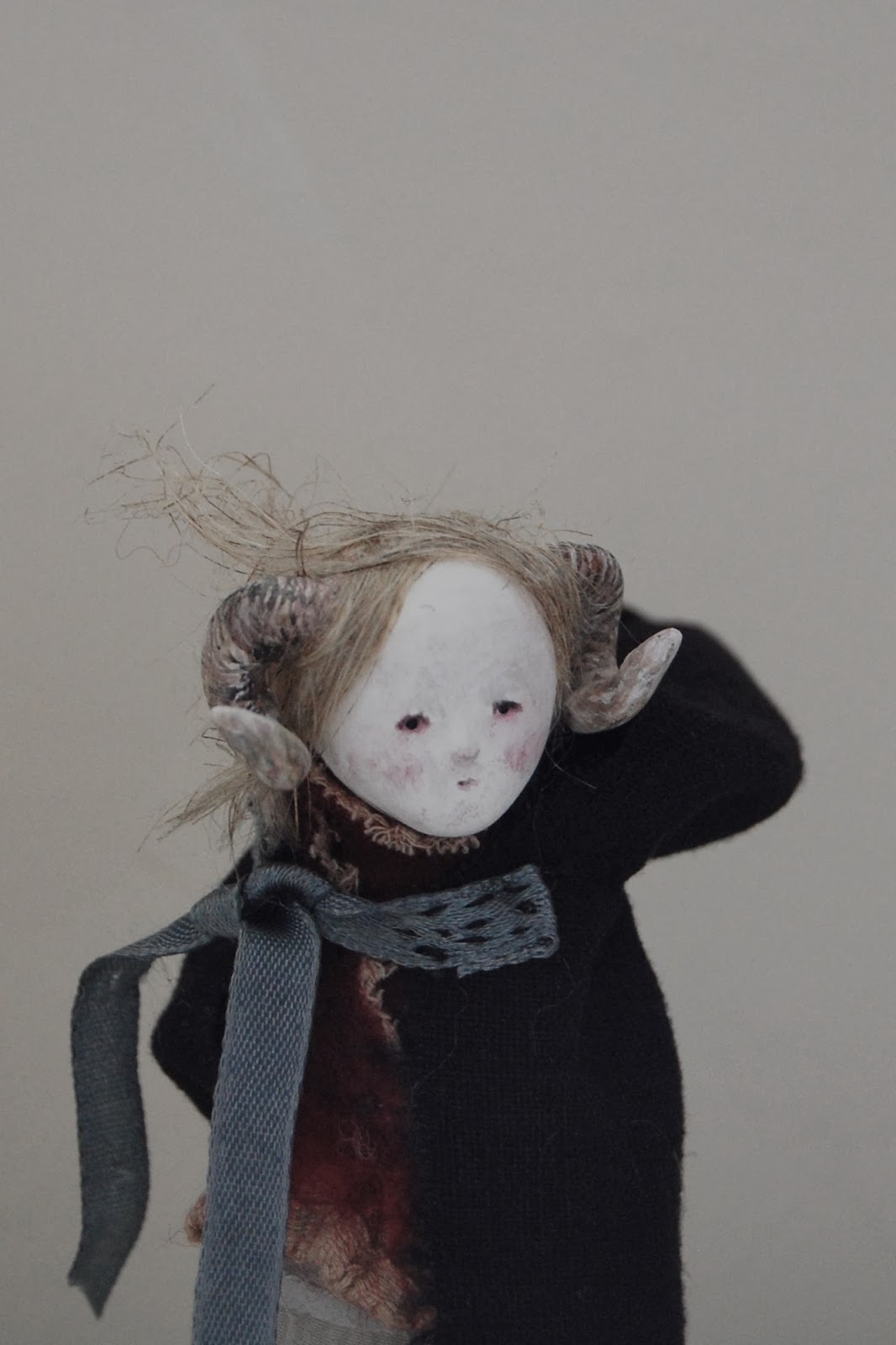 Ena, on the other hand, is nothing short of a stranger to a comb or even a soft bristle brush. What gets her goat is being told what to do, something that Fidelma particularly excels at! So you see, these two can barely spend a moment in each other's company before all hell breaks loose.
Something they did have in common was the love of collecting smooth, shiny pebbles and so they would wander coastal paths bickering and fratching all the way to and from the beach. They would argue over who had the most sand in their shoes, or whose turn it was to walk on the outside of the path and even about the colour of the sky!
But when they arrived at the shingle, the sheer joy of pebble hunting took away all their differences and my how they giggled and delightedly shared their cache. 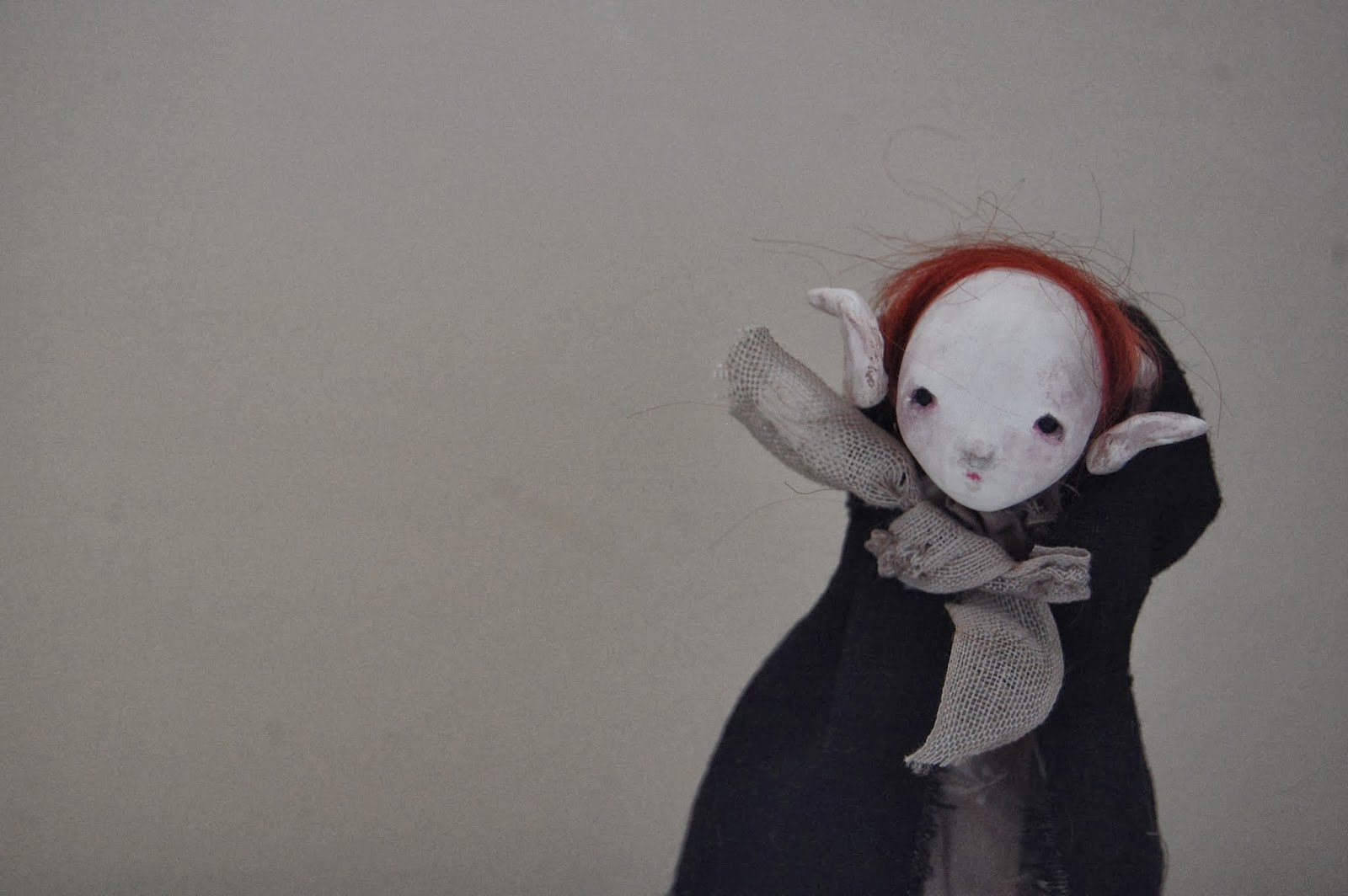 At the end of one of these glorious outings arose a peculiar incident. I say peculiar because Fidelma, who was fastidious about the counting and grading of her pebbles, discovered that she was missing the smallest, shiniest, reddest one. Ena, pointed out, that perhaps Fidelma had dropped it. Her elder sister incensed at the accusation of carelessness, in turn accused Ena of stealing it, who immediately set her jaw and grimaced most venomously at her sister! 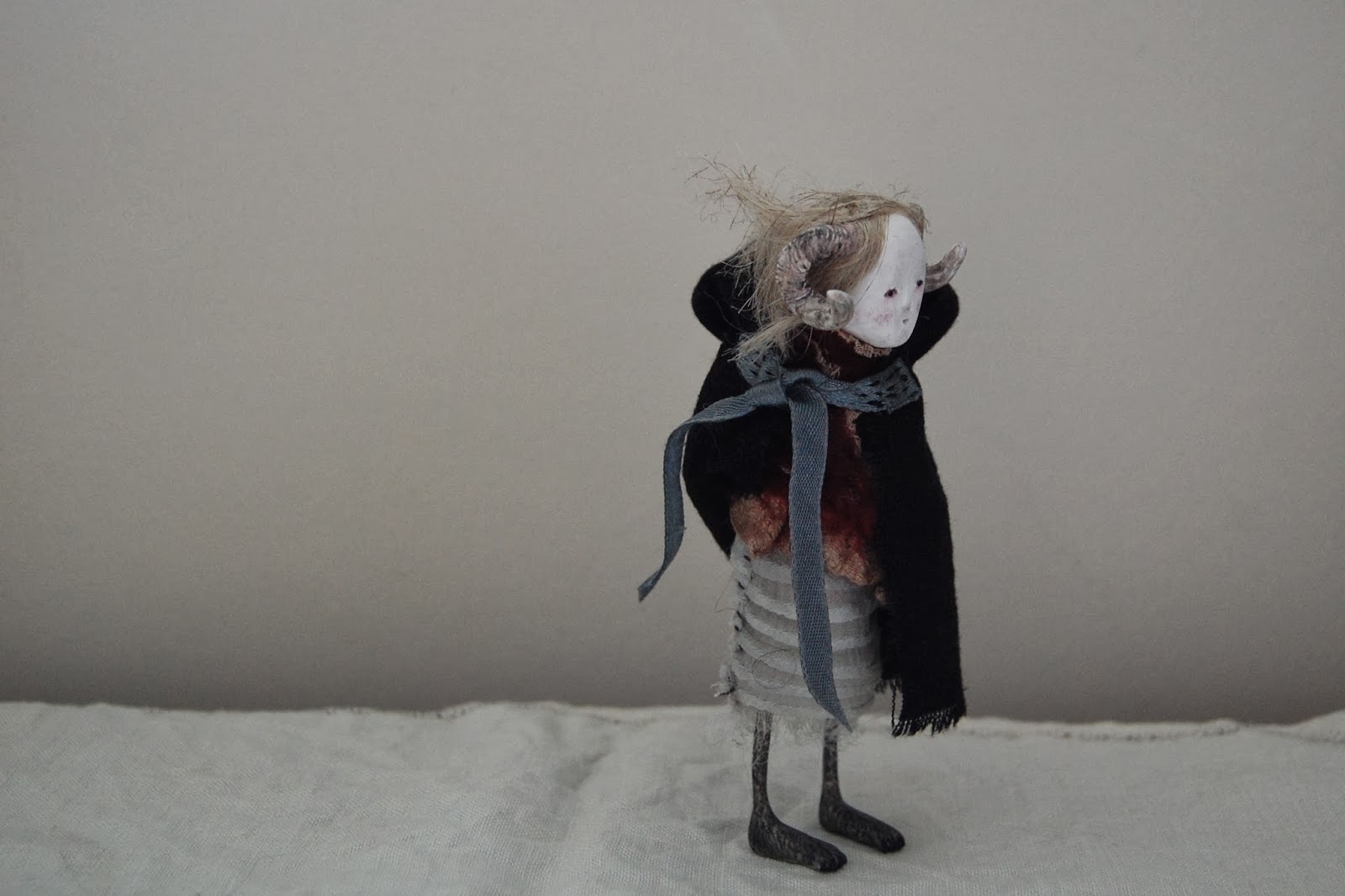 Foul of temper, they began their walk home each one spitting feathers and hurling insults at the other. It wasn't long before the pushing and pulling began, not to mention the kicking of ankles and the pinching of skin. 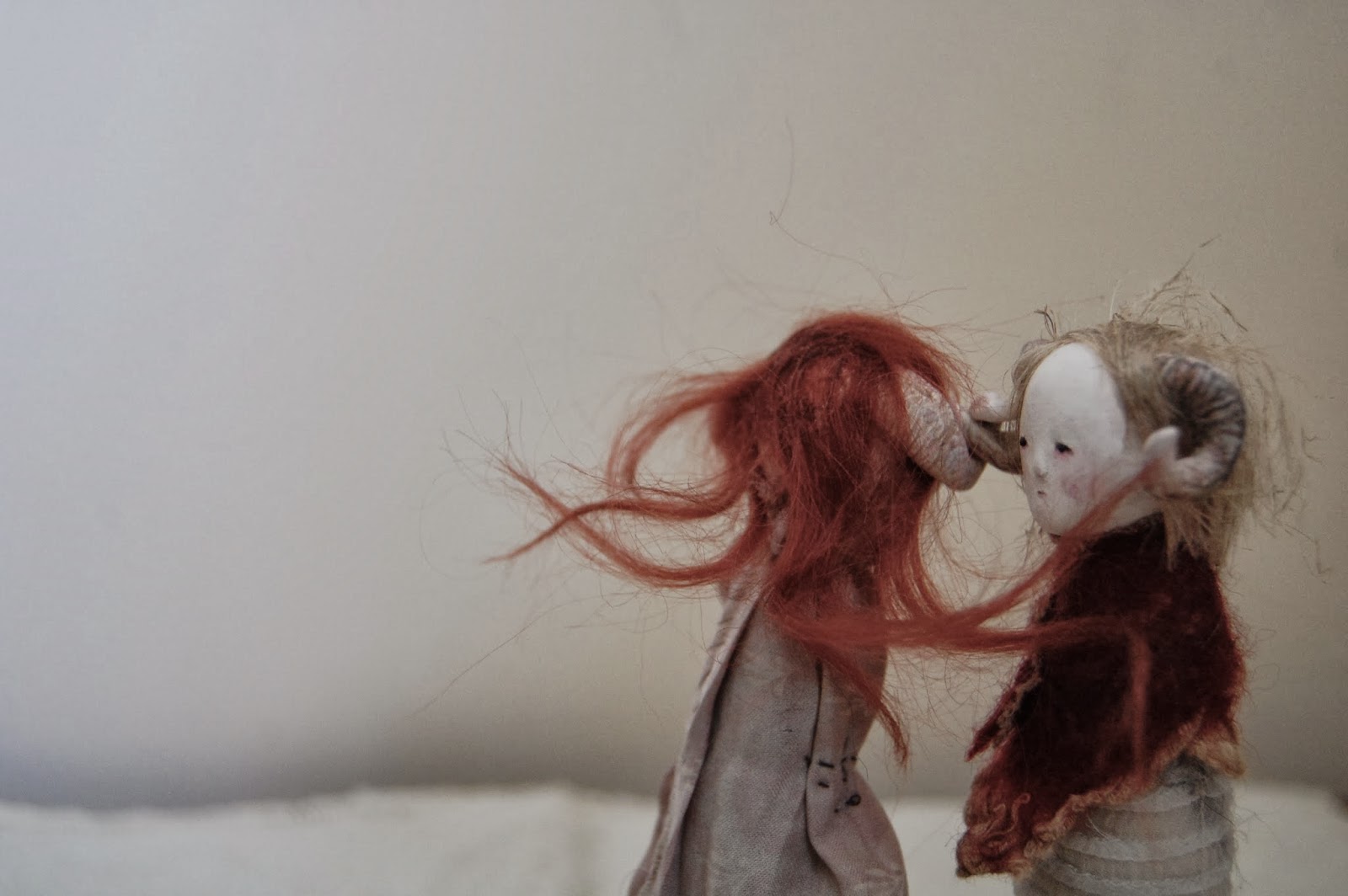 Oblivious in their anger, to the dangers of fisticuffs near the cliffs edge, they continued until first one and then the other, lost their footing and together plummeted down towards the beach below. 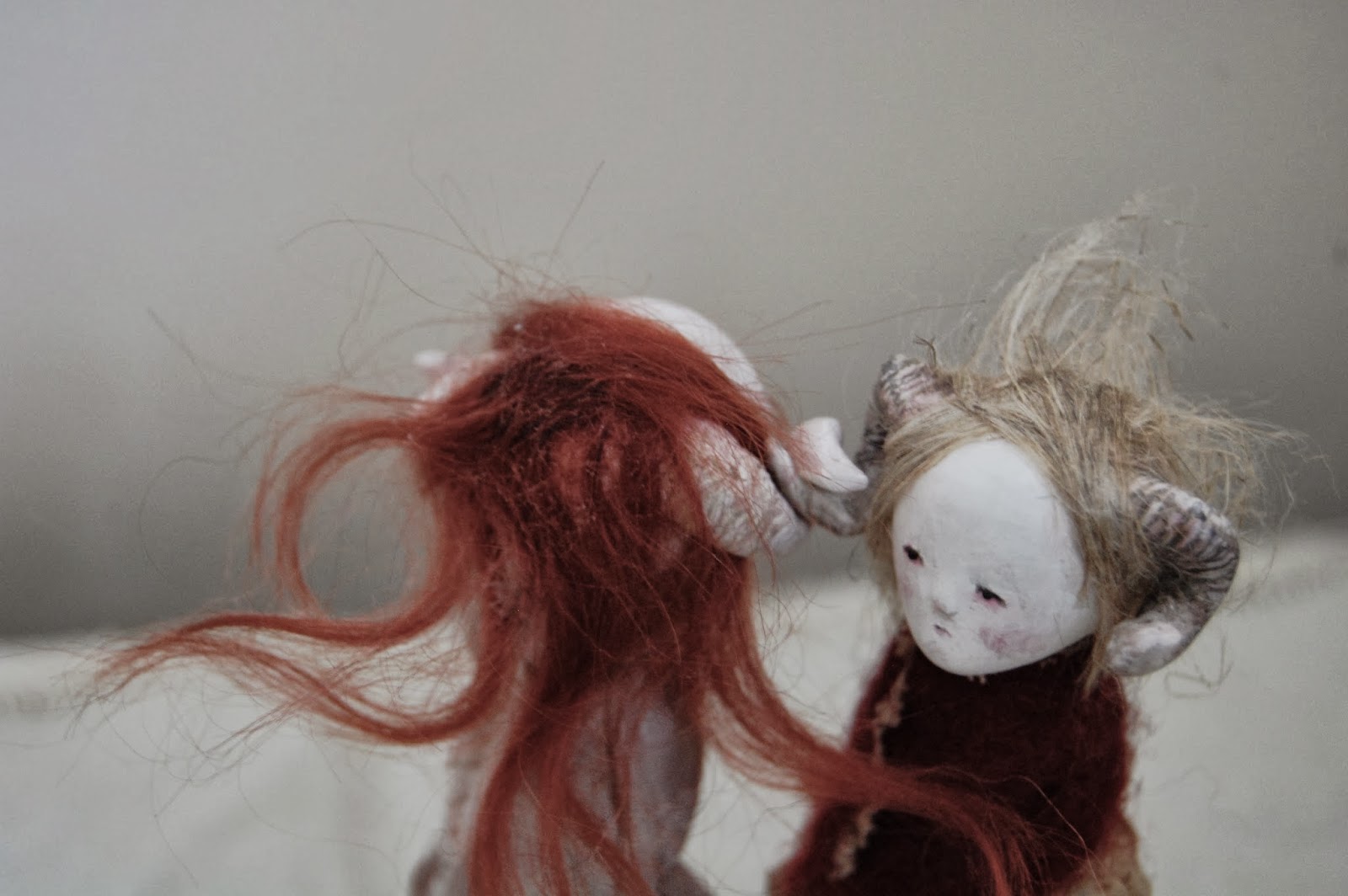 When the Governessa found them amid the seaweed and dances of the hermit crabs, not only did she notice that they were covered in barnacles, but that their little hands were locked as tightly together as their horns.
As the bone skirted one readied the sisters for their journey to the old Willow, the Governessa noticed a tiny, shiny, red pebble drop from the remnants of Fidelma's pocket...

A touch of pathos in the last act of sisterhood...

I do believe you're not as ruthless as you pretend. Mistress M.