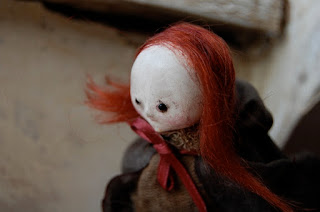 At least that's what the other children called her. It is true, one eye was considerably larger than the other, on account of her dreadful shyness. You see, whilst the other children played and shouted to one another, Orla would always be peeping around the corner watching and longing to join in. As you can imagine, she always had one eye wide open while the other squinted to catch up. 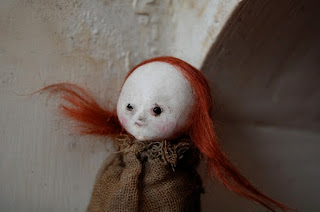 Dear Orla would follow behind secretly, shadow to shadow and wall to wall, our sweet shadowy wallflower lived a life entirely on the periphery. 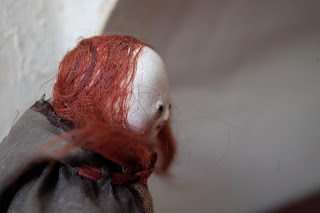 The old abandoned house, had a sign which read, "DANGER, DO NOT ENTER!"  but Orla could not bear to miss the games played in the overgrown garden, games of lions, tigers and poisonous frogs. So, she squeezed through a crack in the broken door and spied through dusty window panes at the laughing, shrieking faces beyond. 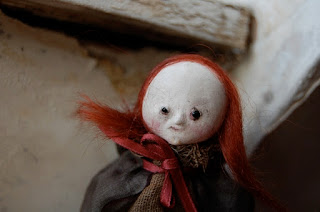 Until, at last, she was distracted by a particulary fat and hairy spider, which she followed from room to derelict room. A terrible crack was heard for miles around and the old house groaned it's last groan. 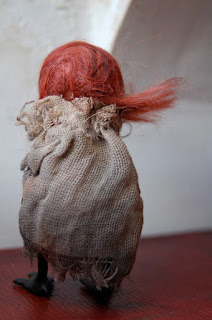 Sometime later, our bone skirted Governessa dusted Orla down and bid her follow. It is said that you can sometimes see One-Eyed-Orla, squinting through the roots of the old willow tree.

You have such a fertile imagination for the darkly wistful, Melanie. It's most engaging.

Thank you JJ, it's just where I seem to spend most of my time...